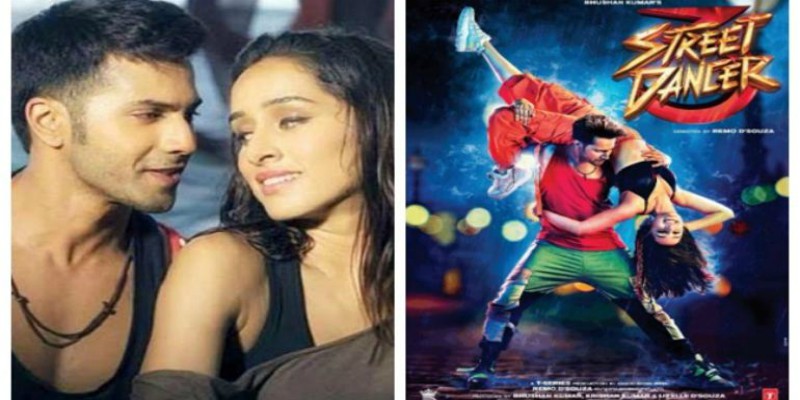 Actor Varun Dhawan who next will be seen onscreen in ‘Street Dancer’, has revealed that makers of dance-drama film will release its teaser on Diwali.

When asked Varun when the trailer of ‘Street Dancer’ will be released, he said,  “We will not release the trailer of the film anytime soon but maybe we get a teaser out on Diwali.”

When asked what kind of dance forms will be there in ‘Street Dancer’, he said, “There is a lot of breaking, locking, finger-tutting, street style and new school dance forms in the film. I feel the new school dance form is really difficult because there you have to break the beat. There are a lot of talented artists who have performed in the film so, it was very difficult for me and Shraddha (Kapoor) but we managed it and hopefully, you will get to see sneak pick soon.”

A few days back, Prime Minister Narendra Modi lauded the team of the upcoming film Coolie No. 1, starring Varun Dhawan and Sara Ali Khan, for their “superb gesture”, contributing to the movement to eliminate the usage of single-use plastic in the country. PM Modi further stated that he is “happy” to see the film industry contributing towards freeing India from single-use plastic.

Talking about it, Varun said, “I am thankful to our Prime Minister that he acknowledged our effort. I think it’s a responsibility of every citizen towards our country and the world. If we want to stop global warming, save our environment and save earth then we have to take these small steps. It was a small effort from the team of ‘Coolie No. 1’. Besides that, I am associated with another cause with the team of ‘Street Dancer’. I am trying to come up with some kind of social initiative with every film of mine so that we can contribute towards this world and people will remember us after leaving the world.”

Talking about Breezer Vivid Shuffle hip-hop dance festival, Varun said, “I think Breezer Vivid Shuffle is a most creative, craziest and wackiest underground event to ever hit India. I don’t think in the world, we have such a crazy event. I feel very proud that I have been associated with this event from the beginning. You get the sickest and best dancers over here. One cool thing is that some of the dancers that I saw performed over here have also featured in ‘Street Dancer’ so, it was a pretty good experience working with them.”

Varun Dhawan will have to back to back release with ‘Street Dancer’ and Coolie No. 1’, when asked Varun whether he is feeling pressure with the release of these films, he said, “I do feel pressure but the main thing is we have to enjoy what we do. I have not come here to work in this industry. I have come here to enjoy.”

When asked Varun what is the status of ‘Coolie No. 1, he said, “I am not allowed to talk about ‘Coolie No. 1’. I can’t reveal my character from the film but I can say that it’s one of the most exciting characters of my career.”