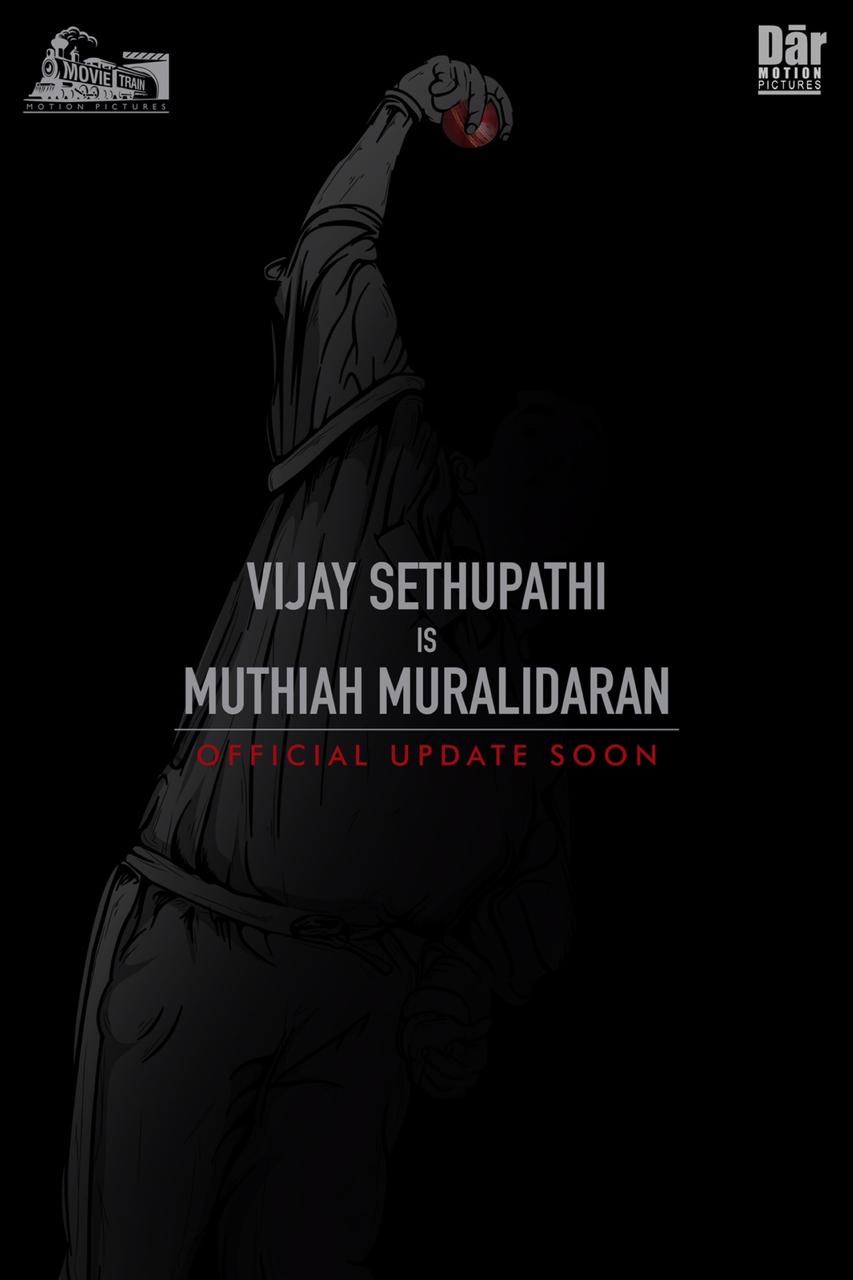 Actor Vijay Sethupathi dropped a poster and deeds on the project on social media. He shared, “Honoured to be a part of this landmark project. Update soon #MuthiahMuralidaran @MovieTrainMP #MuralidaranBiopic #MSSripathy #Vivekrangachari @proyuvraaj”

Muttiah Muralitharan is considered one of the greatest bowlers in the history of cricket and the biopic’s name ‘800’ is a tribute to the number of wickets he has taken in Test cricket.

It was rumored that Vijay Sethupathi had been taking lessons from Muttiah Muralitharan some time back and in an earlier interview, he had stated how happy he was to have been associated with the iconic bowler.

The cast and crew have not yet been announced for the biopic apart from the confirmation of Vijay Sethupathi as the main lead.