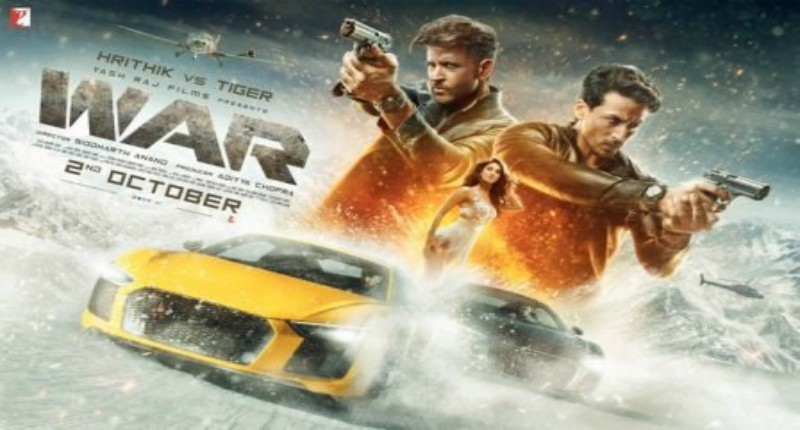 Bollywood handsome hunks – Hrithik Roshan and Tiger Shroff – will battle it out in their first ever outing, WAR, the film gets a second poster and release date confirmation.

Superstar Hrithik Roshan just took to his social media profile and dropped the poster and release date on the film. He captioned it, “It’s a #WAR. I’ll let my actions speak louder than words @iTIGERSHROFF;) See you on 2nd October #HrithikvsTiger #TeamHrithik @vaaniofficial #SiddharthAnand @yrf”

War is an action thriller film directed by Siddharth Anand and starring Hrithik Roshan and Tiger Shroff in lead roles, with Vaani Kapoor portraying the female lead and Ashutosh Rana, Anupriya Goenka, and Dipannita Sharma appearing in supporting roles. The teaser for the film already out and viral!

Actor Tiger Shroff also shared the same. He wrote, “This #WAR will only have one winner. @iHrithik ready to lose it all? #HrithikvsTiger #TeamTiger @Vaaniofficial #SiddharthAnand @yrf”

The film is produced by Aditya Chopra under his banner Yash Raj Films, the film follows a man who and his guru have a face-off when they get pitted against each other.

Initially titled Fighters, the film’s title was changed after official teaser was released on July 15, 2019, giving the real title War. The film is scheduled for a theatrical release in IMAX on October 2, 2019, coinciding with the festival Gandhi Jayanti.