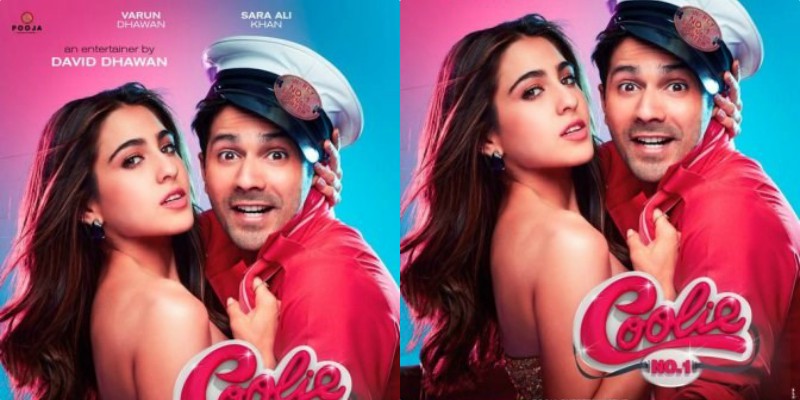 The makers are dropping motion-posters and first look posters from Coolie No 1, which stars Varun Dhawan and Sara Ali Khan in the lead role. The film marks the 45th film from the veteran filmmaker David Dhawan.

The film is helmed by David Dhawan, who directed the original starring Govinda and Karisma Kapoor in the lead roles. The remake has already gone on floors in Bangkok.

Coolie No 1, produced by Vashu Bhagnani, Jackky Bhagnani and Deepshikha Deshmukh, is all set to release on May 1, 2020.