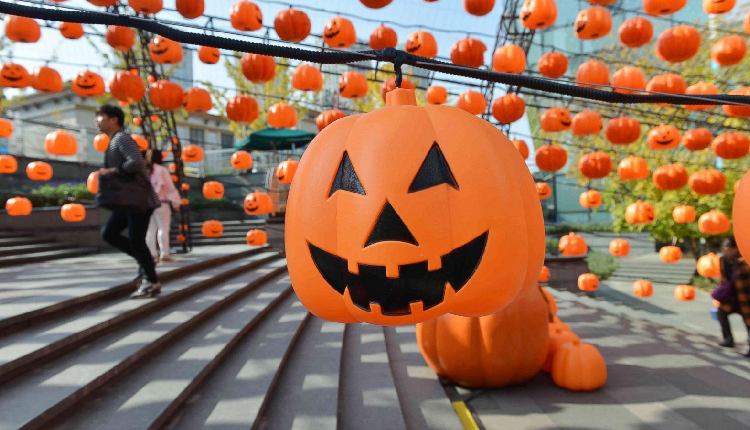 Halloween was always a delightfully spooky celebration. This well-known festival, which is annually observed on October 31, has roots that go back almost 2,000 years. Samhain, an ancient Celtic festival, was the setting for the creation of Halloween. The Celts, who primarily inhabited what is now Ireland, the United Kingdom, and northern France, observed Samhain on November 1st as a way of warding off ghosts. To ward off ghosts, they would build bonfires and dress in Halloween-themed attire. Here are a few of the most intriguing international traditions of Halloween that you should follow this spooky season.

One of the most well-known Halloween traditions is carving pumpkins into Jack-O’-Lanterns. The pumpkins are carved and used as decorations inside and outside of homes. The scary carvings are allegedly based on a folktale about a man by the name of Stingy Jack who repetitively caught the Devil and only let him go on the requirement that Jack would never enter Hell. Jack found out after he passed away that his spirit was unable to go to heaven and was instead destined to live out his days as a ghost on Earth. Jack was then given a lump of burning coal by the Devil in a turnip that had been carved out to serve as a light source. Locals started carving pumpkins into gruesome faces over time to frighten away ghosts.

You may also like: How to Decorate Your Home for a Halloween Party?

Crazy costume parties are associated with Halloween. People go above and beyond to dress in the most gruesome outfits! How did this custom come to be? It appears that the Celts used ingenuity to ward off evil spirits during Samhain. They started dressing up as other spirits so that ghosts would be confused and leave them alone. To avoid being terrorised or hurt by ghosts, they used masks and bizarre costumes to disguise themselves. Over time, Halloween parties started to focus on dressing up in spooky costumes. People now dress up strangely and knock on doors asking for food or cash while wearing strange costumes.

The history of trick-or-treating is a subject of debate. According to a popular theory, Celtic people would leave food out during the Samhain festival to appease the wandering spirits and ghosts. People soon started dressing up as these supernatural creatures to receive similar food and drink offerings. Halloween evening is typically when children go trick-or-treating. Children and needy adults come dressed as their favourite characters and knock on doors to receive food and cash from neighbours.

There are three possible explanations: 1 – Leaving favourite foods for the spirits and ghosts travelling to Earth, 2 – Receiving money or food in exchange for blessings to the dead, and 3 – Children dressing up and asking grown-ups to guess their characters. Whatever it is, this is a great way to have a good time at a Halloween party.

A well-known Halloween custom involves lighting a bonfire and telling spooky tales around it. A bonfire is lit to scare away ghosts and other supernatural beings. The bonfire served as a predictor of impending death in ancient English culture. A stone thrown into the ash would indicate that the person who threw it would pass away within a year if it was not visible the following day. Today, it’s simply a cool way for family members and friends to gather on Halloween night and enjoy some quality time around each other! Nowadays, candles have taken the place of the once-giant bonfires. However, according to Halloween’s early history, open, towering flames played a crucial role in illuminating the path for souls looking to find the afterlife.

Most Halloween parties have been playing the enjoyable game of “bobbing for apples” for many years now. Although there were many different variations, its roots are more closely tied to romance and love. The game has its roots in a Roman festival honouring Pomona, the goddess of agriculture and abundance, which included a courting ritual. The Pomona festival was combined with Samhain, a forerunner of Halloween when the Romans controlled the British Isles in 43 AD. A big tub of water contains apples that bob to the surface. The challenge for the players is to pick up an apple with their teeth. The fundamental tenet of the custom is that young people could predict their future romantic relationships depending on the game.

It’s almost time for the spookiest time of the year. Your spooky celebrations will be even more enjoyable if you are aware of these Halloween traditions. Invite your loved ones and friends over to enjoy a Halloween filled with fun. Please share with us your experiences in the comment section below.