Abhishek Bachchan As Hemant Shah In The Big Bull, Teaser Out 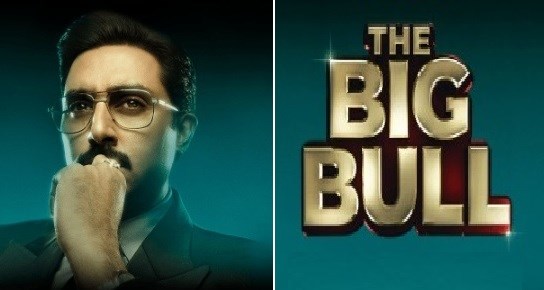 Actor Abhishek Bachchan just dropped the first teaser for his upcoming film, The Big Bull. The film is set in the late 1980s-early 1990s and stars Abhishek as Hemant Shah, a stock broker who rocks the Dalal Street like no one before.

Sharing the teaser, Abhishek wrote, “Introducing The Big Bull… The mother of all scams!!! Trailer out on 19th March. #TheBigBull releasing on 8th April only on @DisneyplusHSVIP, stay tuned!” In the teaser, actor and producer Ajay Devgn introduces Hemant Shah. He tells the viewers how those born in a life without privilege, often take things into their own hands.

Bankrolled by Ajay Devgn and Anand Pandit, the film chronicles the life of Harshad Mehta, but the makers have opted for a different name. The teaser show the meteoric rise of Hemant from a small middle class dwelling to high-rise of Marine Drive, in Mumbai.

Ajay Devgn also shared the teaser on social media. He tweeted, “Introducing The Big Bull… The mother of all scams!!! Trailer out on 19th March. #TheBigBull releasing on 8th April only on @DisneyplusHSVIP, stay tuned!