Ajay Devgn celebrates one year of ‘Tanhaji: The Unsung Warrior’ 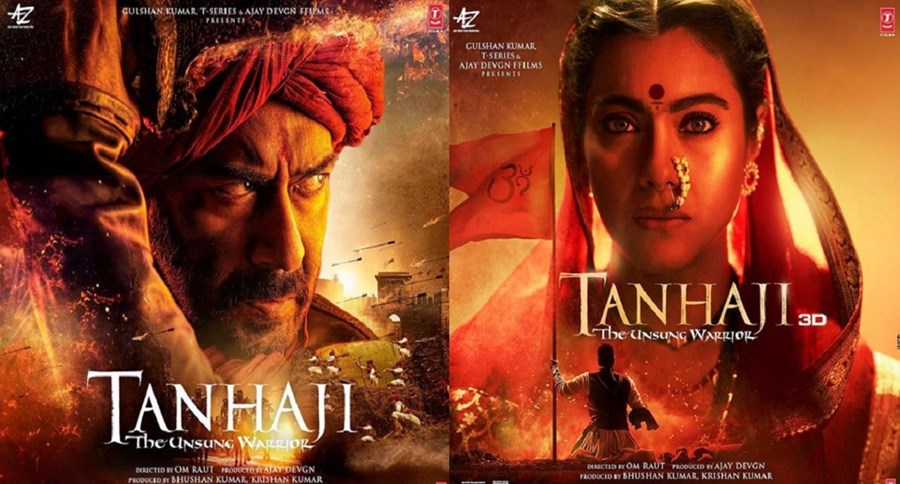 Actor Ajay Devgn who played role titular role in ‘Tanhaji: The Unsung Warrior’ and also was one of the producers of the film celebrated one year of period war-action film on social media on Sunday. In his post, Devgn thanked audience and entire cast and crew of the film.

The video captures prominent scenes from the film. ‘Tanhaji: The Unsung Warrior’ is directed by Om Raut and produced by Bhushan Kumar, Krishan Kumar and Ajay Devgn under T-Series Films and Ajay Devgn FFilms.

Tracing the life of Maratha warrior Tanaji Malusare, it stars Ajay Devgn in the titular role along with Saif Ali Khan and Kajol in the lead roles. It also features Sharad Kelkar and Luke Kenny in supporting roles.

‘Tanhaji: The Unsung Warrior’ was released in India in 3D and conventional formats on 10 January 2020. The film received positive reviews praising the performances of Devgn and Khan, the cinematography and editing were noted by critics. The film grossed ₹367.65 crore (US$52 million) worldwide, thus becoming the highest grossing Bollywood film of 2020.

He is also acting and directing ‘Mayday’ which stars Amitabh Bachchan, Rakul Preet Singh and Angira Dhar in