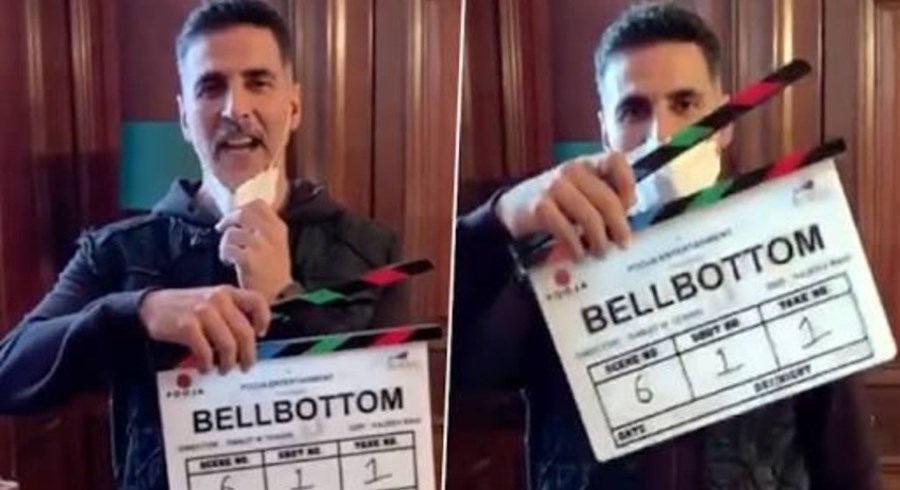 Actor Akshay Kumar has announced that production has finally begun of his next movie titled ‘Bell Bottom.’ He shared a video on Instagram on Thursday to announce the same.

“Lights, Camera, Mask On and Action Following all the new norms and filming on for #BellBottom! It’s a difficult time but work has to go on. Need your love and luck,” he captioned the post.

The video showed him holding a clapboard in one hand and saying ‘Lights, Camera, Mask on and Action’. After that, he puts a mask on his face with the other hand. Akshay’s Latest post has got more than more than 5 millions views on Instagram.

The film’s team left for United Kingdom earlier this month and was in quarantine for 14 days. The film also stars Huma Qureshi, Lara Dutta and Vaani Kapoor in lead roles.

‘Bell Bottom’ is set in the 1980s and it is inspired by true events. Akshay is reportedly playing role of a spy in the film.

The movie is slated for release on April 2, 2021. The first poster of ‘Bell Bottom’ was released by Akshay Kumar in November, last year.

Link of the video – https://www.instagram.com/p/CEHIahJHD7n/

Shilpa Shetty Kundra Will Unveil Something Exciting Ahead Of Ganesh Chaturthi