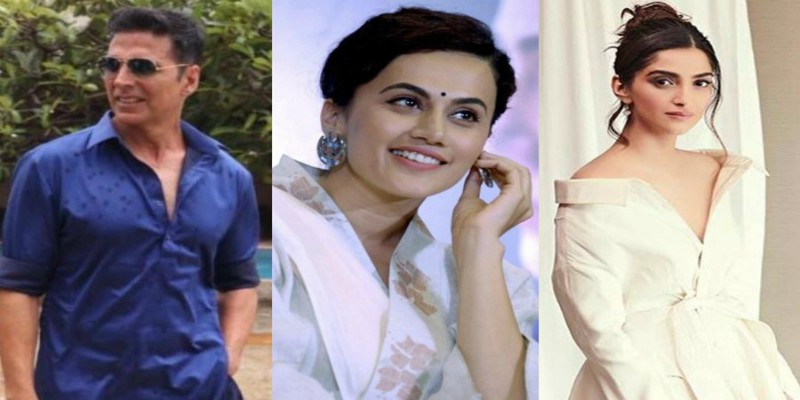 Twinkle Khanna who is the ambassador of ‘Save the Children’ started the #WhyTheGap initiative recently on social media. The former actress and author is voicing concern for unprivileged street children who are prone to improper meal and poor education and falling prey to miseries. Twinkle shared a childhood picture sharing her privilege while asking why is there such a gap between all the children facilities. Twinkle then challenged husband Akshay Kumar, Ayushamman Khurrana and his wife Tahira Kashyap to do the same.

Since the challenge started many actors like Vidya Balan, Sonakshi Sinha, Taapsee Pannu, Arjun Kapoor, Swara Bhasker, Sonam Kapoor have been challenged and some have even shared their memories.

Akshay shared a picture from himself on a bike, he went on to share he was always inclined towards sports and his mother also made sure he was well nourished.  “Growing up I was always inclined towards sports and my mother would ensure I got nutritious home-cooked meals to fuel my passion. But it’s a privilege that millions of street children do not have access to. 11,72,604 children in India can’t afford even a single meal a day! It’s time to ask #WhyTheGap with @savethechildren_india,” he wrote. He then nominated,  ‘Mission Mangal’ co-actors Vidya Balan, Sonakshi Sinha, Taapsee Pannu, Nithya Menon, and Kirti Kulhari.

Taapsee also shared a picture where she can be seen as a medal winner, sharing her athletic side, she wrote,  “Sports have been an integral part of my life. School race tracks became my war zone every year and thanks to a supportive family and encouraging school teachers I could have my moment of glory. Unfortunately, many kids don’t have that support system #WhyTheGap @stc_india,”

Sonam Kapoor, on the other hand, emphasized the need for education since that provides true independence and freedom. Her post read, “We should all be asking #WhyTheGap and working towards #TheRightStart for every child,” Sonam tweeted.