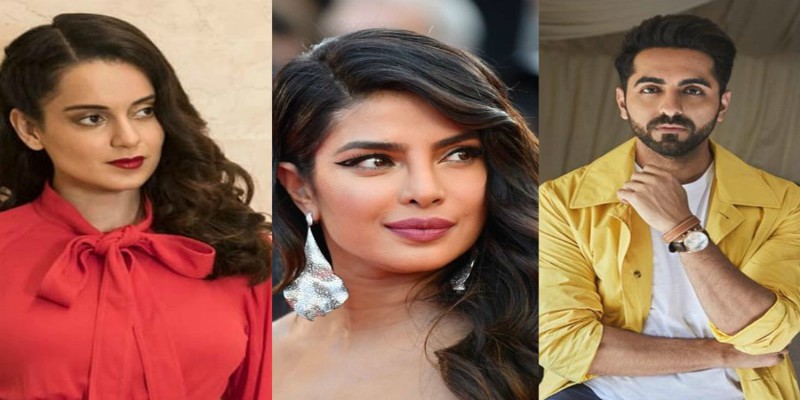 Bollywood actors like Kangana Ranaut, Ayushmann Khurrana and Divya Dutt has come out in defense of Priyanka Chopra who is being accused of hypocrisy and was attacked for cheering Indian’s Army for an attack on Pakistan. Priyanka is known to be a peace ambassador for UNICEF which sparked the attack on the actress.

During a media interaction Kangana opened up about the situation and spoke in Chopra’s defense she said, “It’s not an easy choice to make… when you are stuck between your duty and your emotions, being a UNICEF goodwill ambassador sure you can’t limit your identity to one nation, but how many of us choose heart over mind every day.” Priyanka was slammed by many including Pakistan’s Human Rights Minister Shireen Mazari who among others penned open letters and signed petitions to urge UNICEF to remove the Bollywood actress for her alleged “hypocrisy”.

They are known to have worked together in the film Fashion, they were much appreciated for the bold and versatile roles they played in the film.

Ayushamman Khurrana who is currently gearing up for Dream Girl also defended Priyanka. He was asked to comment after Pakistan Minister for Human Rights urged UNICEF to “immediately remove” actor Priyanka Chopra as the UN Goodwill Ambassador.

Khurrana said, “I guess Priyanka Chopra represents our country really well and she is not just an Indian icon she is a global icon. Being a daughter of an army officer, I believe she is truly a very good representative of India,” Divya Dutta, incidentally was also present at the event said, “I will stand up with Priyanka for whatever she does and I think she has done a very good job.”

Priyanka Chopra is waiting for the release of Shonali Bose’s film The Sky is Pink. The film recently premiered at the Toronto International Film Festival. She is also gearing up for a film with Mindy Kaling.