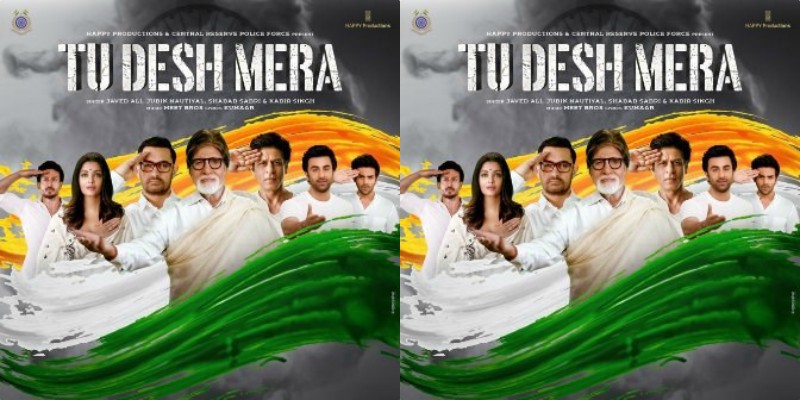 The initiative was taken by Happy Productions and Central Reserve Police Force, the song is sung by Javed Ali, Jubin Nautiyal, Shabab Sabri and Kabir Singh.

The lyrics are penned by Kumaar, whereas the music is by Meet Bros.

The teaser is 50 seconds long which share the lyrics, “Mitti pe iss vatan ki hona fida hai, yehi toh rabb ne muqaddar likha hai” meaning “I have to sacrifice my life for the nation, it’s in my destiny.”