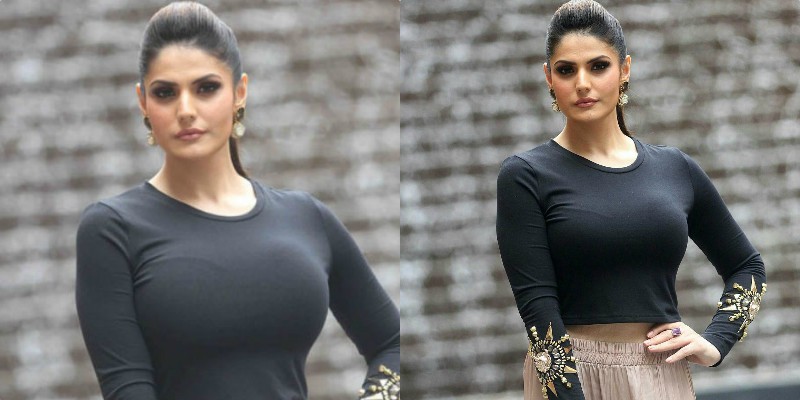 Actor Zareen Khan was recently body shammed by netizens for posting a picture which showed her stomach stretch marks. However, the actress also received some praises and upliftment from fans and fellow industry actors like Anushka Sharma.

Anushka Sharma dedicated an Instagram story to Zareen Khan and wrote, “Zareen, you’re beautiful, brave and strong just the way you are.”

Zareen is currently in Rajasthan and has been sharing pictures from her vacations. The photo that received backlash had her in a white crop top and a portion of her stomach showed some stretch marks. The actress was shocked to receive such comments and took to her social media to address them. She also went on to reveal that she lost 50kg and it was natural to have stretch marks

She wrote on her Instagram story, “For people who are very curious to know about what’s wrong with my stomach, this is the natural stomach of a person, who has lost 50 kgs of weight, this is how it looks when it is not photoshopped or surgically corrected. I’ve always been someone who believes in being real and embraced my imperfections with pride rather than covering it up,” And shared screenshots of some good and bad comments on the post.

She later shared another post with lyrics from Paul Weller’s motivational song Wild Wood as the caption. “Don’t let them get you down, making you feel guilty about. Golden rain will bring you riches. All the good things you deserve and now”

Zareen will be seen next in Harish Vyas’ Hum Bhi Akele Tum Bhi Akele’ that will hit theatres in 2020.