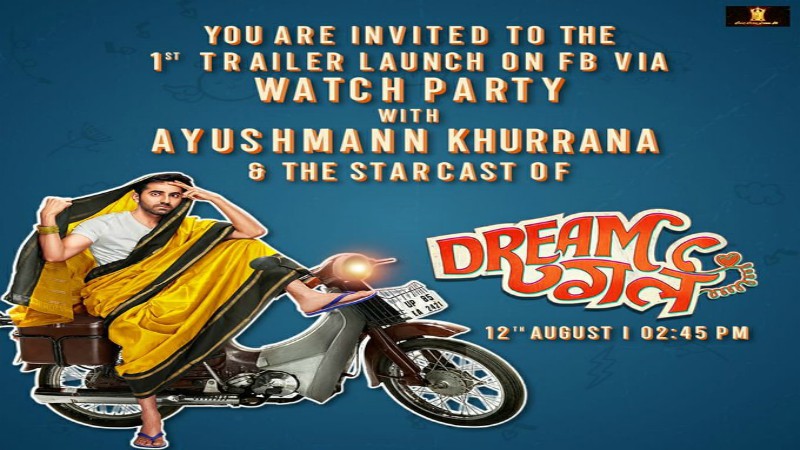 The most anticipated film of the year, Dream Girl, starring Ayushmann Khurrana and Nushrat Bharucha will launching its trailer today!

The makers will be launching the trailer of Dream Girl via Facebook Watch Party, the trailer launched simultaneously in 4 major cities, such as Jaipur, Indore, Ahmedabad and Chandigarh all at the same time.

The film will see Ayushmann beautifully transform into the skin of a woman, through his voice. Not much is revealed about the film except the audience with be in for a treat to see their favourite star grow feminine for a job and the problems he encounters when he tries to leave it!

​Ayushmann Khurrana at his Quirkiest Best in Dream Girl trailer