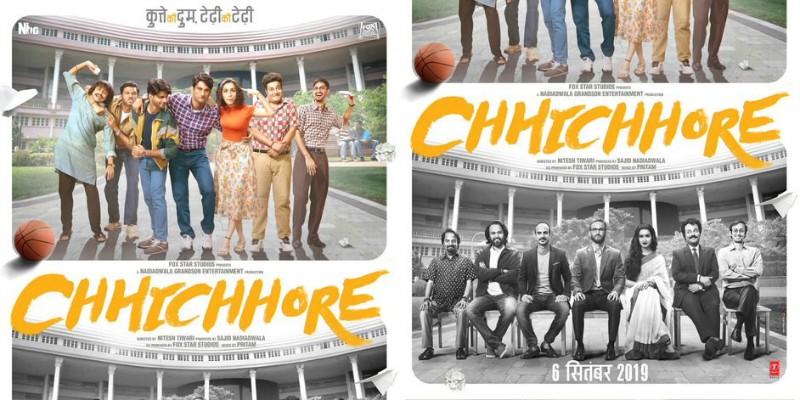 After dropping a viral trailer, the makers of Chhichhore have released a new poster of the film to keep the buzz alive.

The new-look features the entire cast of the film in their young and the older avatar in one frame.

The film chronicles multiple stories of a close group of friends in IIT who go through all ups and downs together. The dialogues and comic timing are on-point and it does tickle some funny bones.

The story offers a seamless transition between the past and present where friends join in the journey and have a re-union they never thought of. There is also a love angle between Shraddha Kapoor and Sushant’s characters.