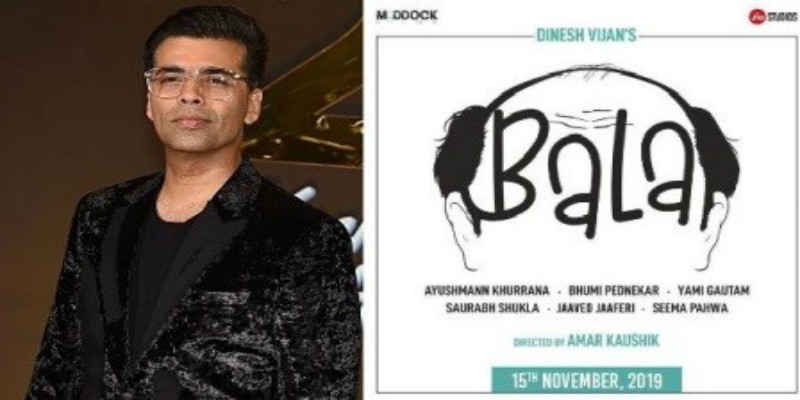 Powerhouse performer Ayushmann Khurrana and Bhumi Pednekar starrer ‘Bala’ has got a new release date. Earlier the film was slated to hit the silver screen on 22nd November but now the movie will release on 15th November.

Filmmaker Karan Johar took to Twitter to announce the happy news. He shared, “The Further GOOD NEWWZ (pardon the plug) is that my friends funny, poignant and mazedar film #Bala has a new date which I am proud to announce to all of you! And it’s a week earlier! #DineshVijan Ayushmannk Bhumi Pednekar! The new date is 15th November 2019!”

Actor Ayushmann and Bhumi have earlier worked in blockbusters like ‘Dum Laga Ke Haisha’ and ‘Shubh Mangal Saavdhan.’ The upcoming film marks their third collaboration together.

The satire comedy-drama film which also stars Bhumi Pednekar will have her portray the role of a dusky small-town girl at odds with a society that is obsessed with fair skin.

The movie also features Yami Gautam, whose role is yet to be revealed.

Meanwhile, Ayushmann and Yami are collaborating for the second time after the 2012 hit ‘Vicky Donor’, which marked the Bollywood debut of both the actors.

The comedy-drama is produced by Dinesh Vijan under the banner of Maddock Films.