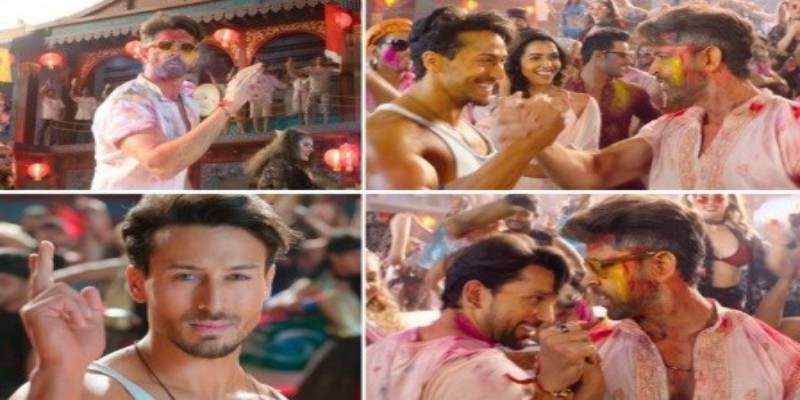 Before the action face off in War, superstar Hrithik Roshan and Tiger Shroff’s much-awaited dance-off is finally out and will rightly make your mood groovy!

Two of most prolific dancers of Bollywood are out with flawless moves laced with peppy beats and one epic dance number, set around the festival of Holi!

Siddharth Anand’s directorial War brought both these action heroes together, Jai Jai Shiv Shankar is no less than a treat for all their fans who were eagerly waiting to see Hrithik and Tiger grooving together.

Set in the backdrop of Holi celebration, Hrithik and Tiger are seen immersed in colours. For unversed, Bollywood already has a song Jai Jai Shiv Shankar from 1974 movie Aap Ki Kasam starring Rajesh Khanna and Mumtaz.

Jai Jai Shiv Shankar song is a visual spectacle with over 500 dancers. Choreographed by Bosco and Caesar, Tiger and Hrithik rehearsed for three weeks before actually hitting the floor. Vishal Dadlani and Shekhar Ravjiani have created one smashing number, crooned by Benny Dayal and Vishal.

The action thriller is directed by Siddharth Anand. It is produced by Aditya Chopra under his banner Yash Raj Films, also starring Vaani Kapoor. The film follows an Indian soldier who is assigned to eliminate his former mentor, who had gone rogue.

The film is scheduled to be theatrically released in India in IMAX on 2 October 2019, the occasion of Gandhi Jayanti.