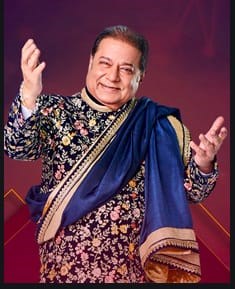 Popularly known as the ‘Bhajan Samraat’ Anup Jalota is a known name in the field of music in India. He has been awarded Padma Shri by the government of India for his work in the field of Art- Indian Classical Music-Vocal. The singer, musician, actor got candid with us in an interview where he spoke about how he spent time in Covid-19 lockdown, Bigg Boss , Sushant and more.

The whole country is only talking about the durg racket that has been exposed and bollywood being a major part of it, expressing his concern over the same, he said, “Sushant’s sacrifice has not been in vain. His death lead to all of this and exposing of drug racket in India. The teams are still investigating about the same and we hope our country gets free from drugs soon.”

Talking about Rhea’s bail, he said, “She has been given bail by the High Court but it is still a long journey for her to prove herself innocent. Everyone in the country, including me, wants to know the final verdict in Sushant’s case. We are waiting for the final verdict and we will all accept the final decision of the Court in this.”

Talking about his journey in the house, he said, “Bigg Boss was a paid holiday for me. I went there to enjoy and i was getting paid for it. I did not go inside to win, my aim was to get an experience of living in the house.”

Anup Jalota will soon be seen in the film ‘Vo Meri Student Hai’ alongisde Jasleen Matharu . The duo have started shooting for the film and it will be released soon.