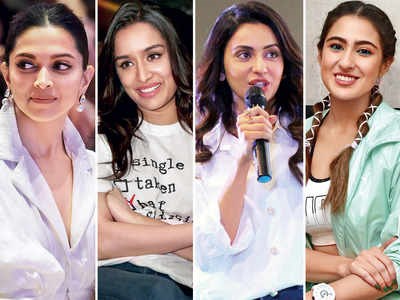 After the death of the actor Sushant Singh Rajput, initially, it was perceived as a suicide case. But as the investigation into his death intensifies, several new angles and theories came to the fore, now when his case has curved into a drug angle.

After his girlfriend, Rhea Chakraborty arrested by NCB and sent to 14-day judicial custody many other big Bollywood celebrity’ names have broken the surface. Celebs like Deepika Padukone, Shraddha Kapoor, Sara Ali Khan, Rakul Preet, and Vicky Kaushal are in the list of CBI.

As per the reports, five more TV actors are to be summoned by the NCB following Abigail Pandey & Sanam’s quizzing.  Anuj Keswani who has been arrested for alleged drug peddling revealed the names of 5 more TV actors’ names to the NCB.

About the summons, Sources has said that Rakul Preet has acknowledged the summons and updated her latest address also to NCB. She will join the probe on Friday.

Actor Vicky Kaushal, who was questioned by the sources about the last year’s party at Karan Johar’s residence, remained silent and evaded the questions.

Television actor Abigail Pandey has been summoned once again by the NCB and will appear for questioning on Thursday for the second consecutive day.

The Narcotics Control Bureau on Wednesday served the summon to Deepika Padukone over a phone call in the ongoing Bollywood-drug probe. Deepika has been called for questioning on September 25. Deepika Padukone is all set to return to Mumbai from Goa on Thursday to face the NCB interrogation. The Bollywood actor will take a charter flight back to Mumbai on Thursday, according to sources.

As per the reports, the latest update in the ongoing Bollywood-drug nexus probe is that the Narcotics Control Bureau is examining Bollywood drug parties. A Bollywood actor who runs those drug parties is under the NCB scanner. 50 actors, actresses, producers, and directors are under the radar as the investigation widens.

Anup Soni All Excited To Shoot For His Upcoming Web Series