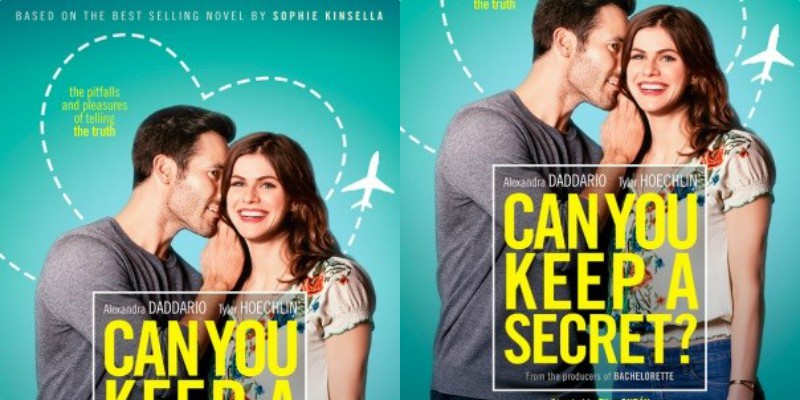 The first official trailer for romantic comedy titled Can You Keep a Secret is out, the film marks the directorial debut of Elise Duran. The film stars Alexandra Daddario, Tyler Hoechlin, Sunita Mani, Kimiko Glenn, Laverne Cox, and Kate Easton.

The film chronicles a New York City marketing manager Emma (Alexandra Daddario), who is stuck in a rut in both her professional and romantic life. On her flight home from a botched client meeting, the plane hits turbulence and Emma confesses all of her secrets to the stranger sitting next to her.

She thought he was a stranger, until she later meets Jack (Tyler Hoechlin), her company’s handsome CEO, who now knows every humiliating detail about her.

Suddenly, Emma’s life is hilariously and embarrassingly turned upside down as she navigates whether telling the truth might be the answer to finding love.

The screenplay is written by Peter Hutchings, based on the best-selling novel by Sophie Kinsella.

Vertical Entertainments will release the film on 13th September.

Fikar Not from Chhichhore Is Out And Viral