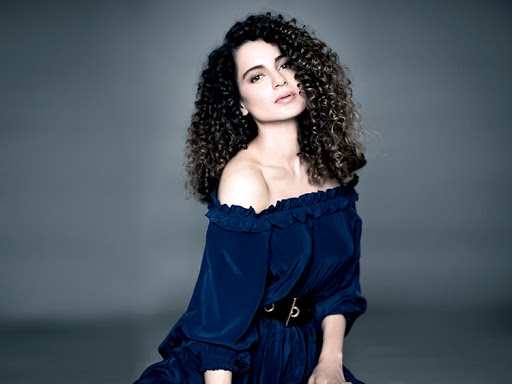 Demand for “Justice For Sushant Singh Rajput” has turned into political and regional battle, involving Kangana Ranaut and Sanjay Raut. The whole thing is nothing less of 80’s bad emotional drama, where everyone is screaming at the top of their voice and making a name and the real issue is lost somewhere in the translation.

The soup of Kangana Ranaut and Sanjay Raut reached the tipping point when both went on record slamming each other; as a result, the Central government has approved “Y” level security for the actor.

Ranaut took to her social media expressing gratitude to Home Minister Amit Shah for extending security to her. She wrote, “This is proof that no fascist will be able to crush a patriot voice. I am thankful to Amit Shah ji. If he wanted, he could’ve asked me to postpone my visit to Mumbai in view of the circumstances. But he respected the work of a daughter of India,” she tweeted in Hindi.

The development comes amid an ongoing war of words between Shiv Sena MP Sanjay Raut and Ranaut following her remarks.

Yesterday, Ranaut’s father had written to Himachal Pradesh Chief Minister Jai Ram Thakur asking him to provide security for his daughter in the light of her recent spat with Raut.

Last week, Kangana took to her social media and claimed, “Sanjay Raut, Shiv Sena leader has given me an open threat and asked me not to come back to Mumbai. After Aazadi graffitis in Mumbai streets and now open threats, why Mumbai is feeling like Pakistan occupied Kashmir?”

Accusing Raut of “empowering those who exploit women” in the country, the Bollywood actor posted a video, where she is seen saying “It shows your mindset…If I criticise Mumbai Police or if I criticise you, then you can’t say I am insulting Maharashtra. You are not Maharashtra. Your people are threatening me, still I will come to Mumbai on September 9.”

“Your people are saying they will break my jaw, they will kill me. Kill me, but this country’s soil is enriched with the blood of those who sacrificed for its dignity and we too will do the same,” she added.

Raut, responding to her tweet, had refused to applogise to the actress and said that she should apologise to Maharashtra for her “discrediting” remarks against the state.

Earlier, Ranaut had raised the issue of “inaction” by Mumbai Police during the Palghar lynching, and it refusing to register a case on the request of the father of actor Sushant Singh Rajput’s in connection with his death, to state why she had turned out to be its critic.

Khaali Peeli Will Release On ZEE-Plex