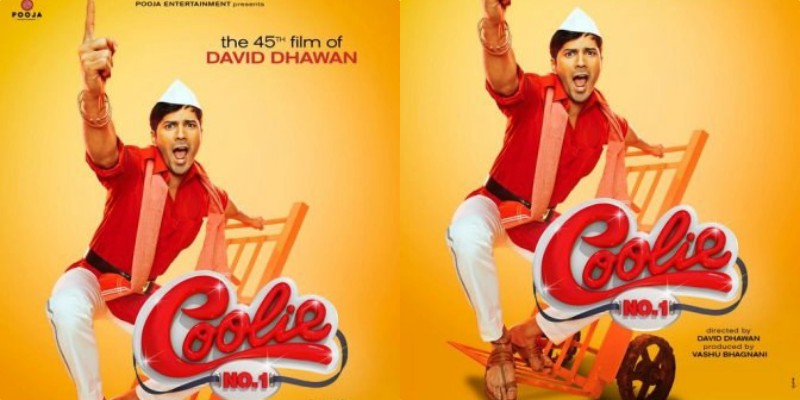 After dropping a sensational and viral motion poster yesterday, the makers of Coolie No 1, starring Varun Dhawan and Sara Ali Khan are out with the official first look poster of the film along with release date.

The teaser shows a glimpse of a coolie balancing numerous suitcases and bags. Sara’s voice can be heard in the poster saying, “Ae coolie!” and soon the iconic music of the track “Main Toh Raste Se” starts playing.

The film is helmed by David Dhawan, who directed the original starring Govinda and Karisma Kapoor in the lead roles. The remake has already gone on floors in Bangkok.

Actor Varun Dhawan, who will be seen reprising the role of Govinda with his own twists and quirks, shared the first look poster. He captioned it, “COOLIE NO1. Haat jao baju aya raju #firstlook”

Coolie No 1, produced by Vashu Bhagnani, Jackky Bhagnani and Deepshikha Deshmukh, is all set to release on May 1, 2020.