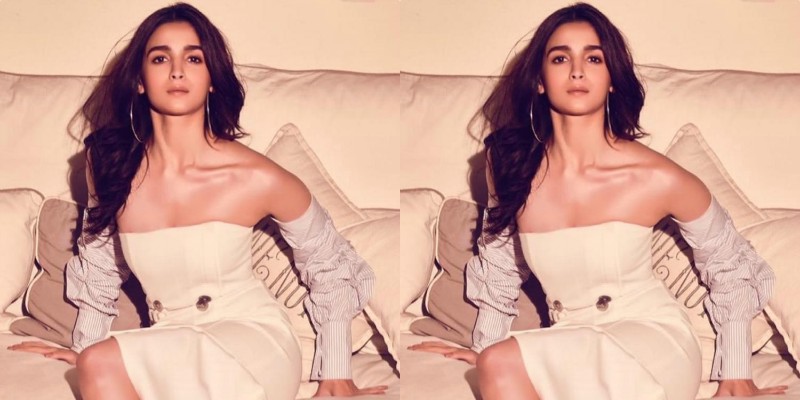 After dropping the first look poster of her forthcoming music video, Prada, actress Alia Bhatt drops the first official teaser of the same and we got to admit, she is looking awesome in it!

A little while ago, Alia Bhatt was seen grooving at her friend’s wedding on Lamberghini song and she is now collaborating the makers for their next release. Alia along with is all set to present a music video titled ‘Prada’ and shared its first teaser on social media.

Alia earlier made a special appearance for Student of the year’s song video but Prada will make her first collaboration with a music artist. The video was recently shot for in Mumbai and the song is about to release soon.

Alia Bhatt shared the teaser on Twitter. She captioned it, “The Prada Song…@Jjust_music #thedoorbeen #katalystworld”

The teaser shows Alia wears a quirky top with a neon-colored jacket that matches with The Doorbeen’s outfit. The entire music video will be out soon.

Meanwhile, on the work front, Alia Bhatt is busy with Ayan Mukerji’s Bramhastra with Ranbir Kapoor and will soon begin working on Sanjay Leela Bhansali’s Inshallah with Salman Khan, along with her first regional outing, RRR.