Class Of 83 And Aashram, Overwhelmed With Appreciation Says Bobby Deol 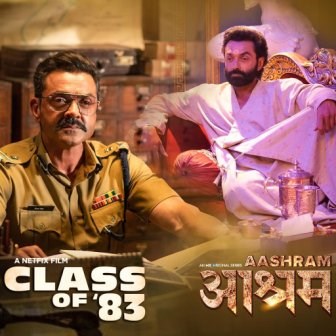 Race 3 put Bobby Deol back in the game again, and now with back to back two massively hit OTT releases, Class Of 83 and Aashram, the junior Deol has finally lived up to his potential and promises there is more coming.

Bobby Deol made his comeback to silver with Poster Boys and Race 3, post that actor starred in a lot of multi-starrer dramas and comedies, but never in solo lead. With OTT fast gaining grip of the market, Junior Deol had not one but massive hit releases, Class Of 83 and Aashram, for which he is grateful.

The actor took to his social media and expressed his gratitude for the love his last releases got. He captioned it, “Overwhelmed with the love and affection showered on me!! This acceptance and appreciation will be my most cherished reward…love you all… Excited for more to come…love love love #ClassOf83 #Aashram”

Class of ’83 tells the story of a hero policeman shunted to a punishment posting as the dean of the police academy. The project marks the digital debut of Bobby Deol and third collaboration of Netflix with Red Chillies Entertainment, following the original series Bard of Blood and Betaal. The film is helmed by Atul Sabharwal and based on the book of the same name.

Prakash Jha directorial Aashram is a crime drama web series for MX Player original. It revolves around a con god-man and the corrupt political system which allows such travesty to prosper.