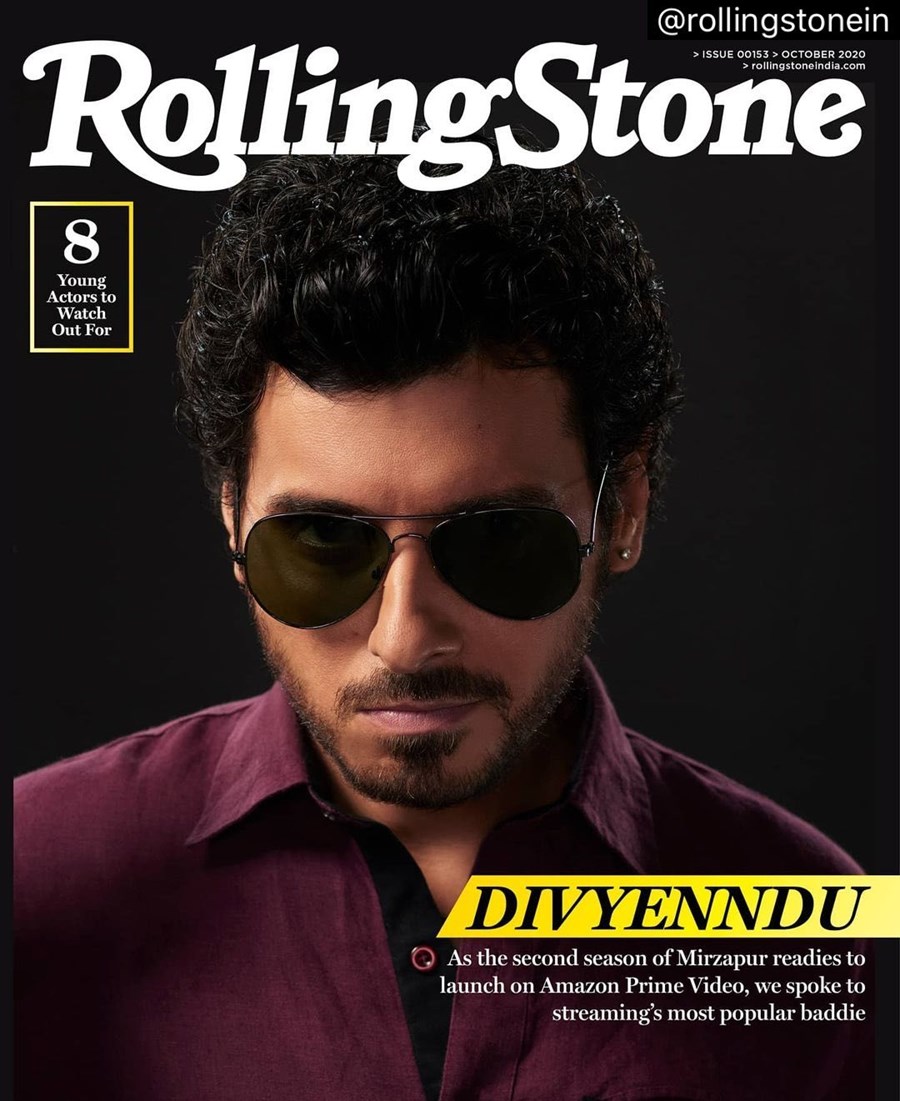 We all are waiting to witness yet another impeccable performance from him in the second season of ‘Mirzapur’. He became everyone’s favourite with his portrayal of Munna Bhaiya in season 1 of Mirzapur and in season 2, we are sure he is going to be a bigger bad ass than the first season. Actor Divyenndu graces the cover page of the October issue of the ‘Rolling Stone India’ magazine.

Sharing the cover with his fans, the ‘Pyaar Ka Punchnama’ actor wrote, “Like a Rolling Stone. This was a Dream. Thank you guys! The october issue of the magazine features him on the cover as he returns as the dreaded Munna in ‘Mirzapur Season 2’ on Amazon Prime. Well, Divyenndu’s look for the cover is a big thumbs up!!”

Starting his career in 2007 from the film ‘Aaja Nachle’, he got recognition from his role of ‘Liquid’ in the film Pyaar Ka Punchnama. Post which, he has given some amazing performances as Narayan Sharma in ‘Toilet: Ek Prem Katha’ and Tripathi in ‘Batti Gul Meter Chalu. But the best one is undoubtedly the portrayal of Munna Bhaiya in much acclaimed show ‘Mirzapur’.

On the work front, he will be soon seen in the second season of Mirzapur which is going to premiere on 23 October on Amazon Prime. Trailer of the show has created the right buzz amongst the audience and people have already marked their calendars to binge watch the show.

​PV Sindhu Slam Reports About Rift With Family And Coach