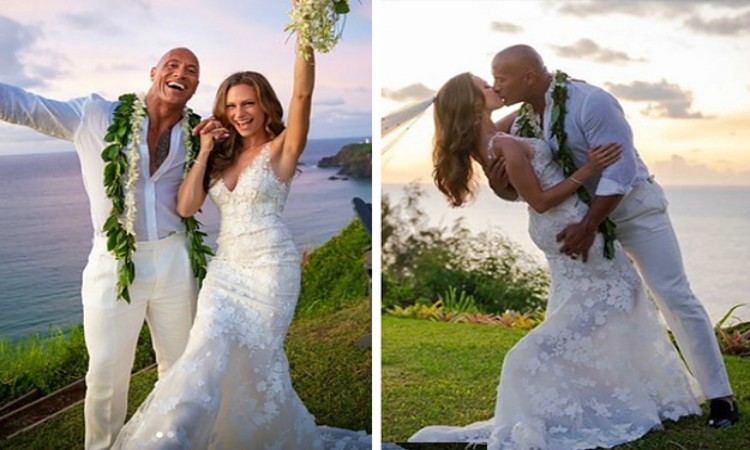 Dwayne Johnson recently seen in Hobbs and Shaw from the Fast and Furious franchise has tied the knot with his long time partner Lauren Hashian. The duo had been dating for years, and has now tied the knot in Hawaii on August 18.

He shared a few pictures from their wedding day. Lauren opted for a traditional white wedding with an all white lace gown. It has a floral pattern with low cut neckline and a long train. Johnson was seen wearing a white shirt and pant Keeping it simple.

The couple had overlooking the ocean in the pictures.

They two have two children together: Jasmine Lia, three, and Tiana Gia, one year old. They met back in 2006 while Johnson was filming “The Game Plan” and started dating after Johnson’s split from his first wife, Dany Garcia, in 2007.