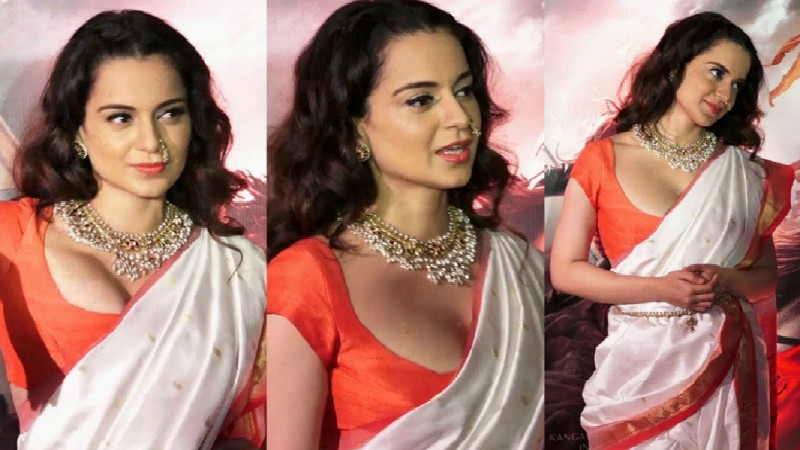 Avid supporter of Modi Regime, the undisputed queen of Bollywood Kangana Ranaut lends her support to Article 370 being evoked, says it is historic step to curb terrorism.

Union Home Minister Amit Shah moved a resolution in Rajya Sabha to abolish Article 370 of the Constitution, which accorded special status to Jammu and Kashmir, after the president issued a notification, and introduced a Bill to divide the state into two Union Territories – Jammu and Kashmir, and Ladakh.

The Rajya Sabha approved both the resolution and the Jammu and Kashmir Reorganisation Bill, 2019.

Elated Kangana shared her thoughts on the Bill via a press statement, which read, “Scrapping of Article 370 was long due, it is a historic step in the direction of a terrorism-free nation. I have been emphasising on this for the longest time, and I knew if anyone could achieve this impossible feat that is Mr. Modi. He is not only a visionary, but he also has the required courage and strength of character to make unthinkable a reality…I congratulate the entire Bharat including JnK on this historic day, we are together looking at a very bright future”

Meanwhile on the work front, Ranaut reunited with Rajkummar Rao in the black comedy Judgementall Hai Kya, in which she played a mentally ill woman.

Next she will be seen portraying a kabaddi player in Ashwiny Iyer Tiwari’s sports film Panga, and star in the action film Dhaakad. She will also direct and star in a film based on her own life, and portray the politician Jayalalithaa in a bilingual biopic entitled Thalaivi in Tamil and Jaya in Hindi.