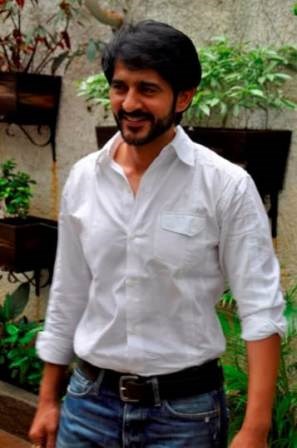 The shoots have finally started and the actors are back to their normal life. They are happy to face the camera after so long. Actor Hiten Tejwani who has a huge fan following is also back on sets and is currently shooting for his upcoming film ‘Shatranj’.

Talking about his experience of working after such a long gap, Hiten said, “After a while lockdown became boring for all. I was anxiously waiting for it to get over and everything to resume to normal. I am lucky that I am back on the set and shooting.”

Talking about the plot of his film Shatranj, he said, “Film Shatranj is exactly like a game of chess where every player gets a chance to play his turn. There are so many twists and turns in the story but the best part is that none of us is aware about the climax of the film as of now. Our director Dushyant Pratap Singh has not disclosed the climax to any actor of the film and we are also looking forward to knowing about it as we will shoot it.”

Industry is currently under the scrutiny of CBI and NCB and many A listed actresses have been probed for investigation under drug peddling. Sharing his views on the issue, Hiten shared, “Till the time anything is proved, we cannot blame anyone. The problem with us as people is that we start assuming things and basis that we reach a climax. We all should wait for the final verdict and it would be better to comment on this issue post that.”

Hiten himself was a contestant of Bigg Boss season 11 and he was loved by the fans. As the next season of Bigg Boss is starting today, he shared his excitement for the same and said, “I am too excited to watch season 14 of Bigg Boss. I wish all the contestants good luck for this journey.”

Hiten Tejwani is currently shooting for the film ‘Shatranj’. The film is directed by Dushyant Pratap Singh. It stars Shawar Ali, Kavita Tripathi and Ekta Jain alongside him. The film is expected to hit the screens in December 2020.