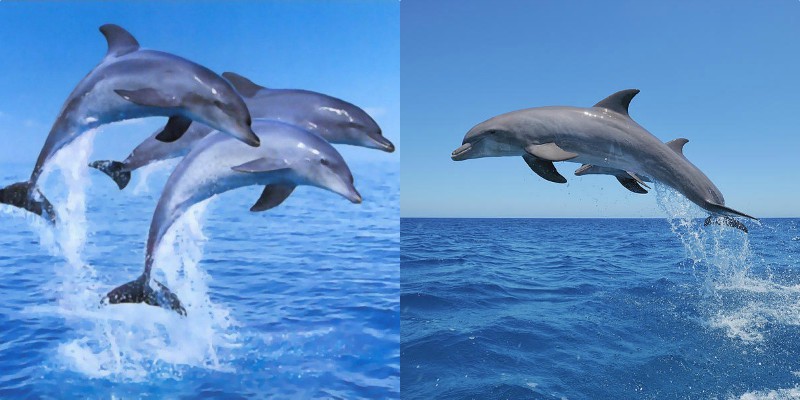 Dolphins have the longest memory in the animal kingdom.

Dolphins Recognize and Admire Themselves in Mirrors.

There are 40 extant species of dolphins.

The U.S. Navy has 75 trained dolphins to detect enemy swimmers and underwater mines.

The average lifespan of a dolphin is 15 years. However, some of them lived for 50 years.

Dolphins sleep with one eye open.

Only one-half of a dolphin’s brain goes to sleep at a time.

Dolphins can communicate with one another over a telephone, and appear to know who they are talking to.

Dolphins and whales give birth with the tail first instead of the head.

A 2-headed dolphin was discovered on a beach in Turkey in 2014.

A dolphin’s stomach is compartmentalized for rapid digestion.

The wolphin is the result of the union of a bottlenose dolphin and a false killer whale.

A study indicates that dolphins talk to each other in sentences.

Dolphins shed the top layer of their skin every two hours.

Dolphin meat is consumed in Japan and Peru.

Infanticide has been observed in bottlenose dolphins.

There are albino bottlenose dolphins.

4 Secrets To Lose Weight Easily Without Hitting The Gym!

Look Younger Forever By Adding These Foods To Your Diet