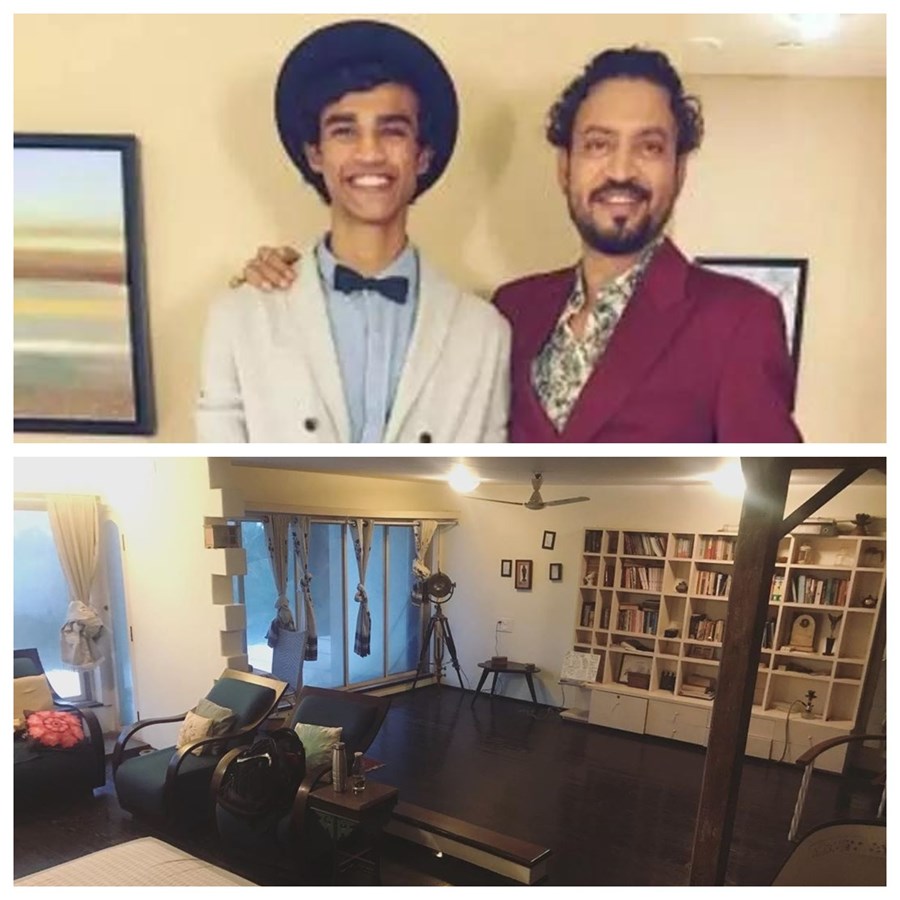 Late actor Irrfan Khan’s son Babil took to Instagram to share a glimpse of their Madh Island house and show fans around his father’s old room. The family had moved to another house for easy travel but continue to own the Madh Island house.

Babil also shared the one idea that Irrfan used to implement in his acting. He believed that acting as a craft “has immense emotional similarities to playing around as a child”.

In the pictures, Irrfan’s beachside house looks simple and serene in white. There is a big bookshelf on one of the walls while there is a big portrait of Irrfan’s wife Sutapa Sikdar kissing one of her sons on the other wall. There is also a huge door with family pictures all over it. The stairs to the lower floor can be seen descending from the center of the hall. A knitted swing also adds to the vibe.

Along with four pictures, Babil wrote a long note remembering his father, which reads, “This is my father’s old room near the beach before we shifted to the city. This is where he did most of his work. Studying acting now, I think of one of the ideas that he used to implement; that the craft has immense emotional similarities to playing around as a child. At age 9, when you hold that cricket bat inside the walls of your room, you can feel a stadium roar and see a bowler rushing to knock your head off.”

“When I held that nerf gun in my hands, my father’s empty room always echoed in the silence of Madh Island, but at that moment I was John Wick surrounded by bad guys with machine guns, gunshots everywhere, and you can hear them, you know? I was a woman once, after watching chak de India and I’d get excited dribbling around imaginary defenders and then really shoot that solid ball with my hockey stick and I’d break something. Oh I’d always break something, ma would get so pissed. I think you’ve got to find the child in you and keep it alive, no matter how old you get” he added.

Babil often shares anecdotes about Irrfan Khan as an actor and a father on his Instagram account.

He recently featured in headlines for sharing several emotional thoughts on Instagram, writing about not wanting to be judged on the basis of religion. “Don’t judge me by my religion,” read one of his many Instagram stories.

Babil made a cameo appearance in his father Irrfan Khan starrer film named ‘Qarib Qarib Singlle’ which was produced by his mother Sutapa Sikdar.

Abhishek Bachchan shares his medical chart; hopes to get discharge from hospital