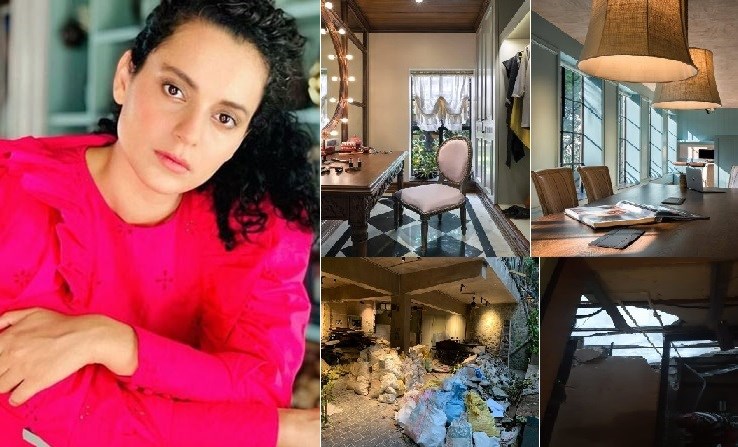 Actress Kangana Ranaut just took to her social media profile and slammed BMC and others for demolishing her office, making her staff unemployed and raping her dreams.

Kangana took to Twitter to share pictures from the demolished parts of her Mumbai’s Pali Hill-based production office and penned down how the ones who rendered so many people jobless are now celebrating the “#NationalUnemploymentDay17Sept.”

“They transformed my workplace into a cremation ground, rendered so many people jobless, a film unit employs several hundred people. When a film is released in employs the theatre workers and the popcorn sellers. After rendering all of us jobless, they are celebrating the #NationalUnemploymentDay17Sept today,” her tweet further read.

Further adding, she added, “This is rape, of my dreams, my confidence, my self esteem and my future @INCIndia #NationlUnemploymentDay…It takes ages to build a home but you burnt it down without a care in world…look what they have done to my home, is not rape? It was once a temple and you turned it in to a graveyard, see how my dreams were broken, is it not rape?”