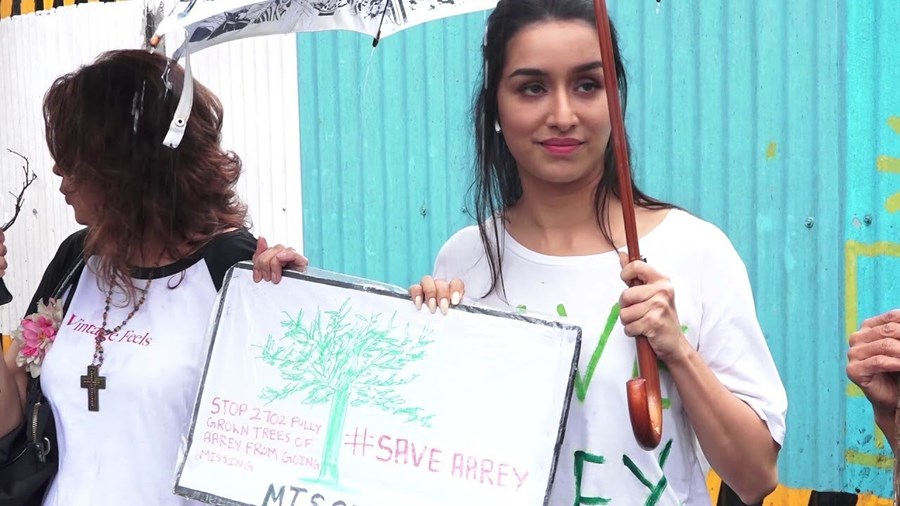 Actress Shraddha Kapoor has been one of the avid supporters of the save Aarey forest movement. She constantly lent her support to the movement on social media as well as marked her attendance in the protests to push the envelope for an environmental cause.

On Thursday, Shraddha shared a victory note on her Instagram handle after the Aarey metro shed site finally being closed signaling the beginning of the forest renovation.

Sharing the picture of Aarey forest movement in one of her Instagram stories, Shraddha wrote, “A 7 year long movement led by the citizens of Mumbai has WON! Congratulations to all those who worked tirelessly to make this happen #SaveAarey”.

In her second Instagram story, Shraddha shared an old video where human chain was formed to mark protest against Aarey colony tree cutting.

A few days back, ‘Stree’ actress hailed the decision taken by the Maharashtra government to reserve 600-acre Aarey land near the Sanjay Gandhi National Park (SGNP) in suburban Mumbai as a forest and conserve the same.

Last year, Shraddha was the first celebrity who not only shared her thoughts on social media but also she joined the rally with other protestors for saving the lungs of Mumbai being the Aarey forest and was also on-ground with the other people actively raising her voice.

Shraddha Kapoor was last onscreen in ‘Baaghi 3’ along with Tiger Shroff. As per media reports, Shraddha next will be seen onscreen opposite Ranbir Kapoor in Luv Ranjan’s upcoming romantic film.