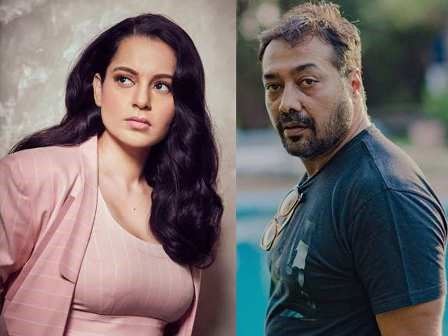 Looks like the war between Kangana Ranaut and Anurag Kashyap is not going to end anytime soon. The two have been playing the accusation and blame games since a while now. The actress who came out in support of Payal Ghosh recently, has shared an old video of filmmaker Anurag Kashyap where he talked about abusing a kid. Payal has levelled sexual harassment charges against Anurag.

Sharing the video, Kangana captioned the post, “I spoke about emotional vultures/suicide gang who killed SSR and tried to push me to kill myself, many asked but why they do this to others? Listen to Anurag he is explaining how he used to molest a kid, they are people who are hurting but they think hurting others is the answer.”

In the video, Kashyap talked about how he would take the kid aside and slap him. However, later he hugged the kid and cries in front of him.  The video has been backlashed by the twitter users who have attacked him for Payal Ghosh’s sexual assault too.

Meanwhile, the filmmaker has denied all the allegations levelled against him. Many celebrities have come forward to support him and both his ex wife’s have written long notes defending him.  On the other hand, Payal has filed a complaint against the director on Tuesday evening at Versova Police Station.