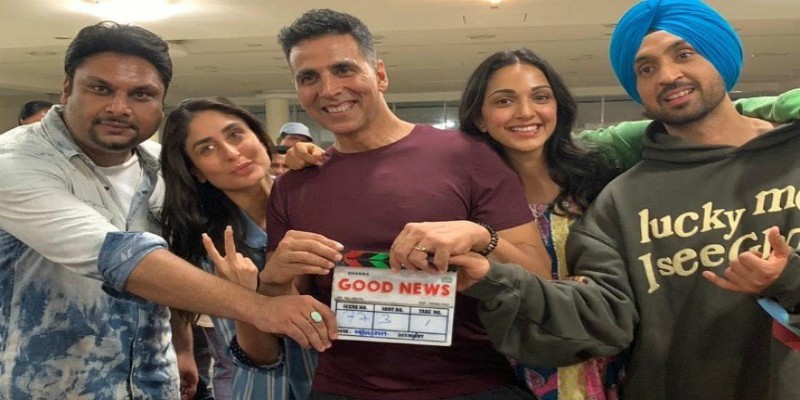 Kareena Kapoor Khan is set to reunite with  Kambakkht Ishq co-star  Akshay Kumar one again with Good News. The two will also be joined by  Diljit Dosanjh and Kiara Advani on screen. The film produced by  Dharma Productions & Zee Studios’ has changed the film’s name.

Karan Johar announced the film being retitled as Good Newwz, on twitter. He shared the news on Akshay Kumar’s 52nd birthday. The tweet was a birthday wish for Akshay who is currently in London but he mentioned the film’s name in the message.

He wrote, “Happy birthday @akshaykumar we love you!!!! The GOOD NEWS is that our film #GOODNEWWZ will end the year with a bang!!!! Can’t wait for all of you to see it on the 27th of DECEMBER 2019!! @akshaykumar #KareenaKapoorKhan @diljitdosanjh @Advani_Kiara directed by RAJ MEHTA!”

Good Newwz starring Akshay Kumar, Kiara Advani, Kareena Kapoor Khan and Diljit Dosanjh on December 27, 2019. The film will follow a couple trying to get pregnant and explore other options like surrogacy.