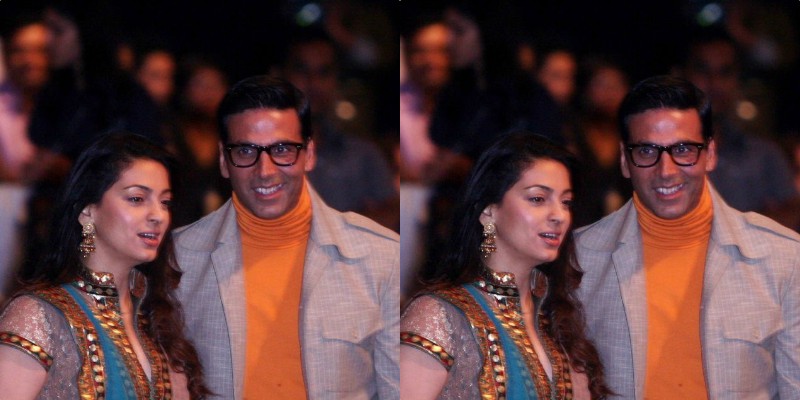 Akshay Kumar recently celebrated his 52nd and has been showered by a lot of love from fans and industry friends. The actor is still taking his time responding to wishes and recently tweeted back to Juhi who pledged to plant a 100 trees for his birthday.

Akshay after thanking his fans in a special video took to social media and wrote to his ‘Mr. & Mrs. Khiladi’ co-star. Akshay also thanked Sadguru for the ‘Cauvery Calling’ initiative which got him ‘a bonus share of goodwill’

He tweeted, “This is truly the best gift a friend could give to another, @iam_juhi. Am moved by your compassion and dedication towards a worthy cause. Thanks to @SadhguruJV and his #CauveryCalling initiative, I got a bonus share of goodwill 🙂 ” Akshay is known to advocate several social causes was moved to Juhi’s gesture.

On the wrote front, Last seen in Mission Mangal Akshay is currently gearing up for Laxmmi Bomb with Kiara Advani. He will also be seen in  Housefull 4, Farhad Samji’s Bacchan Pandey, Sooryavanshi and upcoming release Good News alongside Kareena Kapoor Khan, Diljeet Dosanjh and Kiara Advani.