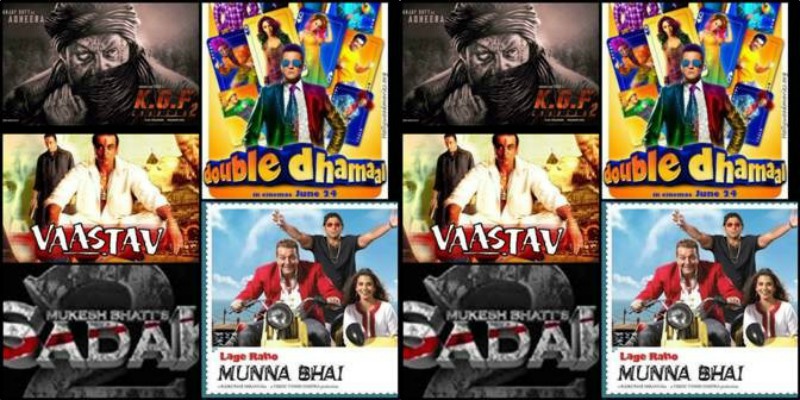 Sanjay Dutt is known to be the master of Sequels in the Bollywood Industry. Here’s why all you need to know!

Sanjay Dutt is well known to be the actor who gives his best and possesses supreme prowess in delivering intense and fierce roles with highly commendable acting. Proving to be the master of Sequels, the actor is giving back to back hits and he is definitely the first choice for all the directors.

Sanjay Dutt was a part of Sadak which is an all-time hit and he will be back with Sadak 2 in no time.

He has been a huge part of big franchise’s like Vaastav, Dhammal and Munnabhai. Not only that but he is even a part of KGF 2 which is a period film and the first part was a hit. With Sanjay Dutt starring in the second part, the movie is on its way to be a blockbuster.

The actor surely has had a majorly successful Bollywood career spanning across decades and the actor is unstoppable with his magnanimous hits and commendable acting skills.

The star’s persona and charismatic personality is something which is barely seen and this is why he is appreciated by critics, filmmakers and fans.

Over the years, Sanjay Dutt has treated the audience with characters which have gone ahead to resonate and strike a chord with the viewers. Known to have a power-packed screen presence, the actor hosts a number of strong characters in his diverse repertoire as an actor.

On the work front, Sanjay Dutt is one of the busiest actors in the business. Big budgeted films like Shamshera, Kalank, Panipat, Bhuj: The Pride of India, Prasthanam, Sadak 2, KGF 2 amongst others make a list of his upcoming films.