Krishna! How powerful the name itself is! Almost everyone’s favorite deity is said to be Krishna and from children to adults, the story of Krishna attracts and gets attention to an extent. Little Krishna? This is one of the famous cartoon based Krishna story which attracts most of the kids present days. The positive thing is that kids might get to know about the legendary story of Lord Krishna at their younger age and stage. It might also instill them with the good qualities of life and depict the consequences of doing bad things. And there are as many channels telecasting the story of Lord Krishna as serials. Yet so many adults might have little disappointed on Krishna as he played smartly on the side of Arjuna, the archer and leads to the end of Karna, the warrior in Mahabharata. Lord Krishna is known for his playfulness and smartness and he is one such powerful God whom Hindu people worship.

When it comes to Janmashtami, it is the birthday of Lord Krishna which is celebrated with great devotion and enthusiasm in India in July or August. According to the calendar, this particular religious festival is celebrated on the Ashtami of Krishna Paksha or the 8th day of the dark fortnight in the month of Bhadon. And Yes! Sri Krishna is considered to be one of the most powerful incarnations of Lord Vishnu. Did you know Krishna was born around 5,200 years ago? Yes! He was born in Mathura and the sole objective for his birth was to diminish the evilness of demons from the Earth. He played an important role in Mahabharata and propagated the theory of bhakti and good karma which formed altogether as Bhagwat Geeta. 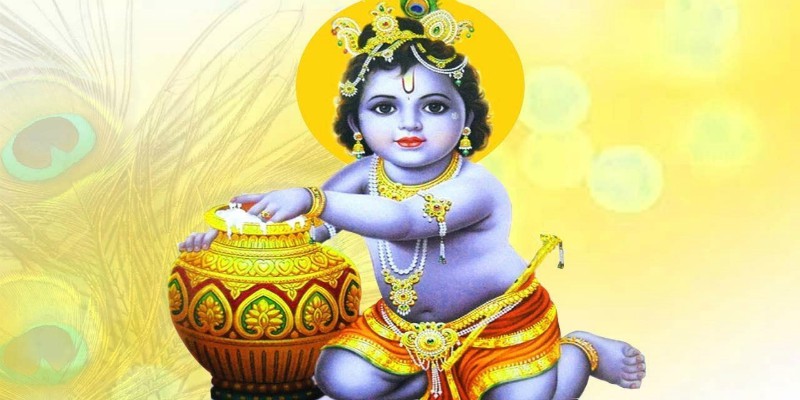 Truly, the celebration of Janmashtami takes place during the midnight as Sri Krishna is believed to be born on dark, stormy and windy night to end the violent rule of his uncle, Kamsa. In India, this particular day is celebrated with devotional songs and dances, pujas, arti, blowing of the conch and rocking the cradle of baby Sri Krishna. Yet the Janmashtami celebration of Mathura and Vrindavan turn out to be the real festival with huge celebrations. These are the places where Krishna had spent his life and so it is a very special festival in these places. Temples and homes are wonderfully and colorfully decorated and illuminated. Also, long prayers and religious mantras are sung in the temples during the night. It looks completely vivid and spiritual filled festival with a happy holiday.

Celebrate the birth of Lord Krishna as he who had propagated the theory of Bhakti and Karma!

Home remedies to get rid of Dark Circles and Tired Eyes!