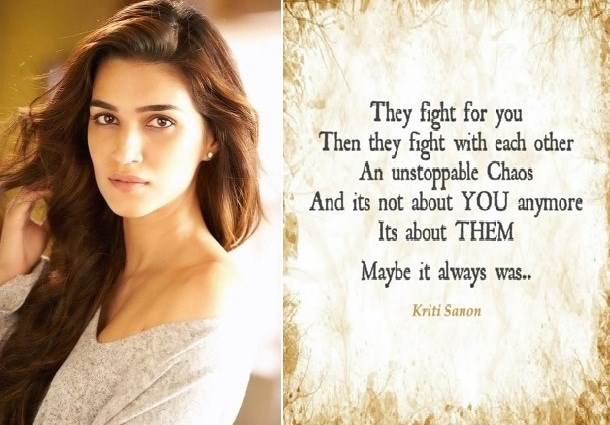 Kriti wrote, “They fight for you Then they fight with each other An unstoppable chaos And its not about YOU anymore Its about THEM Maybe It always was.”

About Sushant Singh Rajput, he was reportedly found hanging in his Mumbai apartment. However, no suicide note was found in the house. The post-mortem report has proved that it is death due to suicide.  But his family and his fans believe that it’s not a suicide but a murder. Since then they are fighting for justice.

Meanwhile, on the work front, Kriti will be seen in a lead role with Akshay Kumar in ‘Bachchan Pandey’.

Kriti starrer Mimi is also lined-up for release. The film is helmed by Laxman Utekar and produced by Dinesh Vijan of Maddock Films. A remake of the Marathi-language film Mala Aai Vhhaychy!.

The film features Kriti Sanon in the lead role of a surrogate mother, alongside Pankaj Tripathi, Sai Tamhankar, Manoj Pahwa and Supriya Pathak.