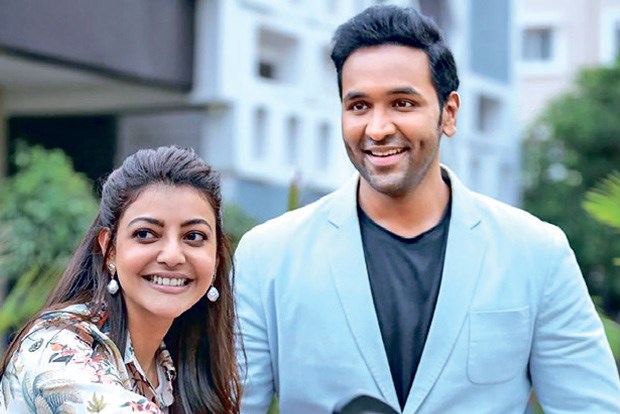 The makers of ‘Mosagallu’ unveiled the title motion poster on social media handle. The animated motion poster displays the town clock, a signature, and a dollar note. The movie is based on the world’s biggest I.T. scam.

About the films, ‘Mosagallu’ is based on the true events of a large-scale technical support scam. The film is directed by Jeffrey Gee Chin and produced by Vishnu Manchu under the banner of AVA Entertainment and 24 Frames Factory.

The film also stars Juliette Audrey, Ruhi Singh and Priscilla Avila in prominent roles. The film was initially scheduled to release on 5 June 2020, but the release was postponed due to corona-virus pandemic.

Nithya Menen Unveils Her First Look From The Film ‘Gamanam’