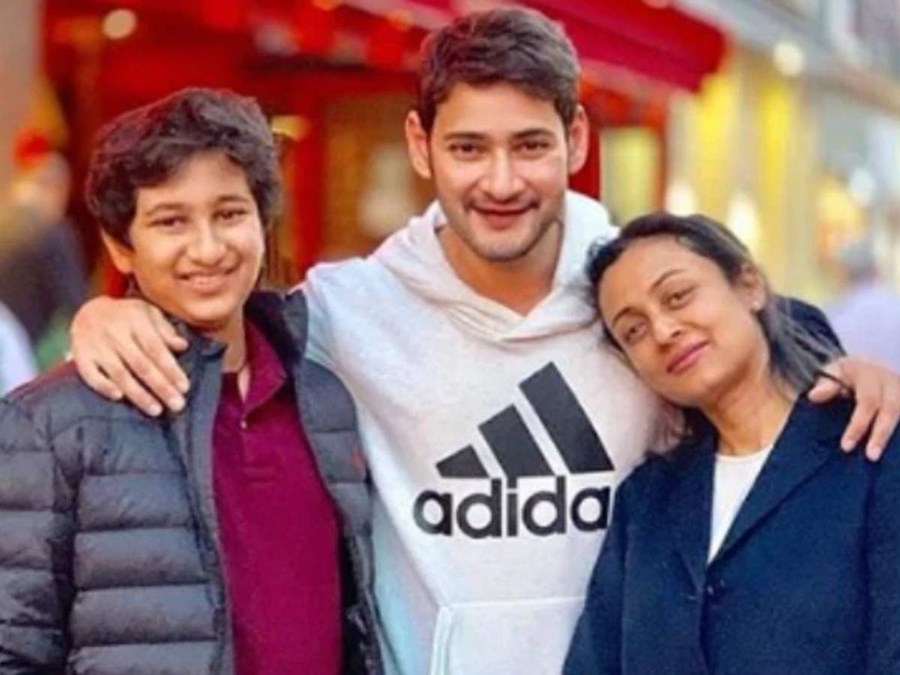 Taking to Instagram, Mahesh Babu shared two pictures of himself with his son in which he is hugging him.

“Happy 14 my son!! Proud that you’re growing into a fine young man! From Doraemon to apex legends, growing with you has been quite the journey♥️♥️♥️ Wishing you the best birthday ever!!🤗🤗🤗 Love you 😘 😘 #HappyBirthdayGG @gautamghattamaneni”. Mahesh Babu wrote in the caption.

Former Miss India and actress Namrata Shriodkar also took Instagram to wish her son by sharing two childhood pictures of him, “Gautam’s entry into this world made our lives change forever ♥️♥️ he brought us happiness and more love in our ‘first-time parents’ lives 😘😘😘. Today he’s 14 and each year he has only added more and more of love and happiness making us happy and proud parents !! Happy birthday my darling son… I love you so so much ♥️♥️♥️ @gautamghattamaneni”, she wrote in the caption.

Mahesh Babu and Namrata married in February 2005. Their first child, a boy named Gautam Krishna Ghattamaneni, was born on 31 August 2006 and their second child, a daughter Sitara Ghattamaneni was born on 20 July 2012.

Even Gautam’s younger sister Sitara gave beautiful birthday wishes to his brother via a video on her Instagram account, along with the video, she wrote, “Another one of those special days ❤️ Wishing you a very happy birthday Annaya!! My partner-in-crime but always the one to be caught first. 🤪 Thank you for being the brother You are 😘😘😘I love u sooooo much!! Here’s a big birthday hug for you 🤗 @gautamghattamaneni”

Mahesh Babu and Namrata Shirodkar are quite active on social media as they share the all-important moments of their life with their fans and followers.

He will foray into production with Adivi Sesh’s ‘Major’, which is based on the life of Major Sandeep Unnikrishnan, who saved several hostages from the deadly 26/11 attack.

In May, Telugu superstar Mahesh Babu surprised his fans by revealing the title and the first-look poster of his upcoming film, ‘Sarkaru Vaari Paata’. It went on to become a huge hit on social media.