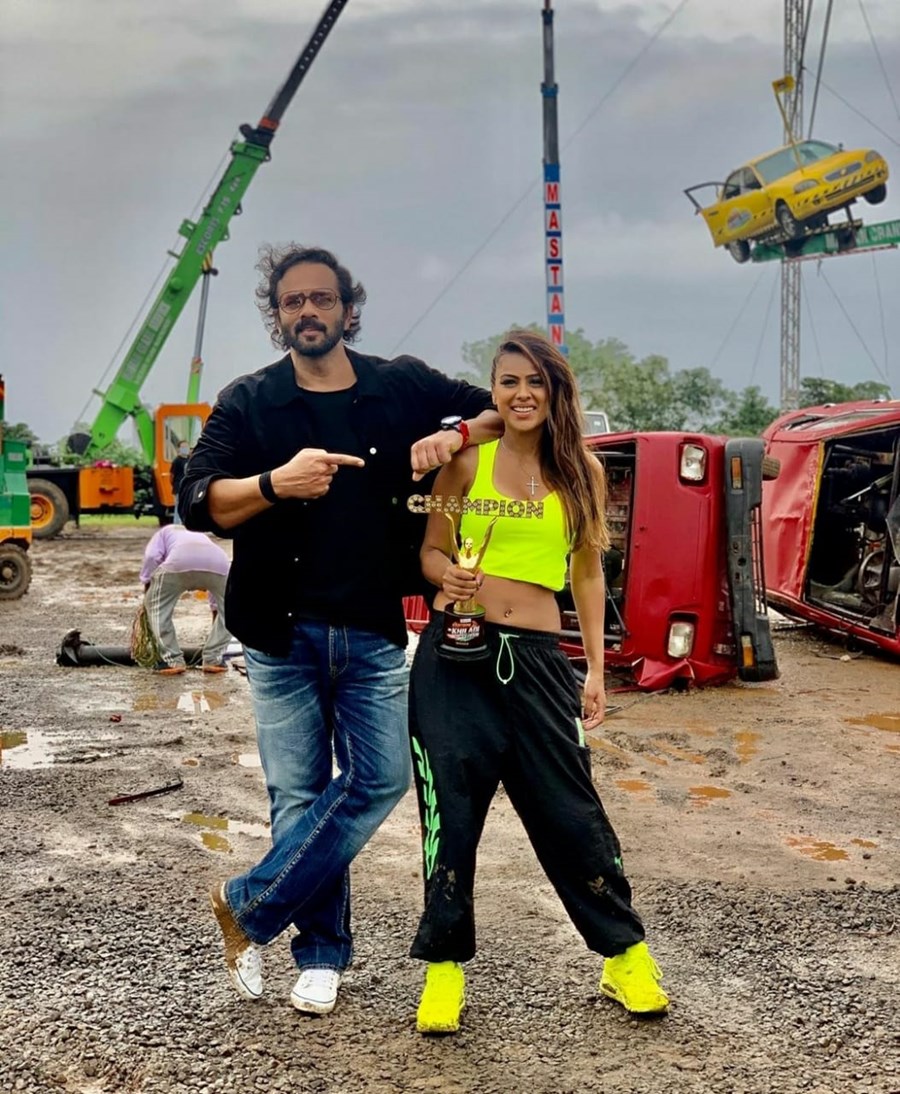 Actress Nia Sharma lifted the trophy of Colors TV reality show named ‘Khatron Ke Khiladi – Made in India’ on Sunday. Hosted by filmmaker Rohit Shetty, the adventure reality show also saw television stars Karan Wahi and Jasmin Bhasin in the finals. This special edition of the show featured contestants from previous seasons fighting it out for the trophy.

Taking to Instagram, Nia shared a few pictures along with Rohit Shetty and cast and crew of the show.

Apart from the top three, Khatron Ke Khiladi- Made in India also saw Rithvik Dhanjani, Bharti Singh, Haarsh Limbachiyaa, Karan Patel, Jay Bhanushali and Aly Goni as contestants. Dhanjani, who was touted to be one of the strongest contestants, had to bow out mid-season owing to prior commitments.

Nia Sharma had earlier participated in Khatron Ke Khiladi 8. The ‘Naagin 4’ actor had an interesting stint on the show. While she excelled in most tasks, challenges with water tested her courage. However, during the last week, she managed to fight her fear and excel in a water-based task.

The stunt-reality show was filmed in India for the first time. Rohit Shetty got his own stunt team to plan some extensive tasks which was shot in Filmcity, Mumbai.