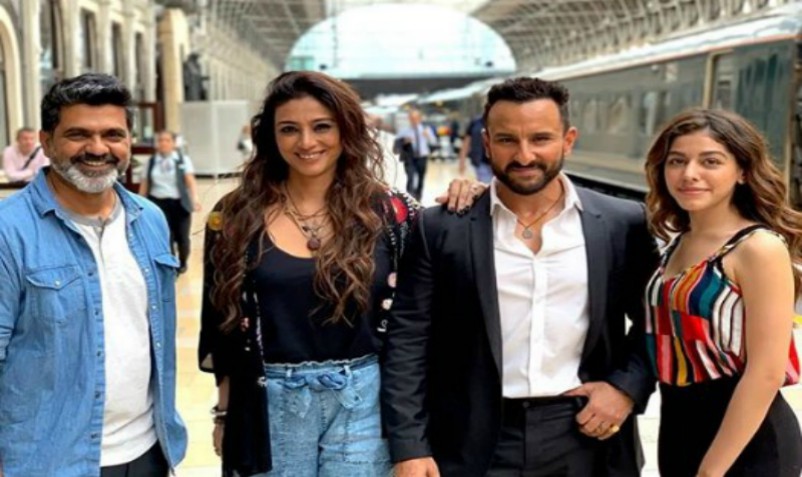 The film has kick-started its shoot in London and the makers of the film are excited to share the “roller coaster” ride named Jawaani Jaaneman.

The movie also marks the acting debut of Alaia Furniturewala, who is excited to learn something new on sets every day. She shared, “I get to learn so much on set every single day when I’m working with such incredibly talented people! Soooooooo grateful and sooooooo excited for #JawaaniJaaneman @nitinrkakkar @tabutiful #SaifAliKhan #JawaaniJaaneman”

Helmed by Nitin Kakkar, the film will be presenting Saif Ali Khan and Tabu in a never seen before avatar. The coming-of-age film has Tabu in a cameo appearance while Saif will play father of debutante actor Alaia Furniturewalla.

It is scheduled to be released on November 29.