Matheran – The Most Beautiful Small Hill Station of India 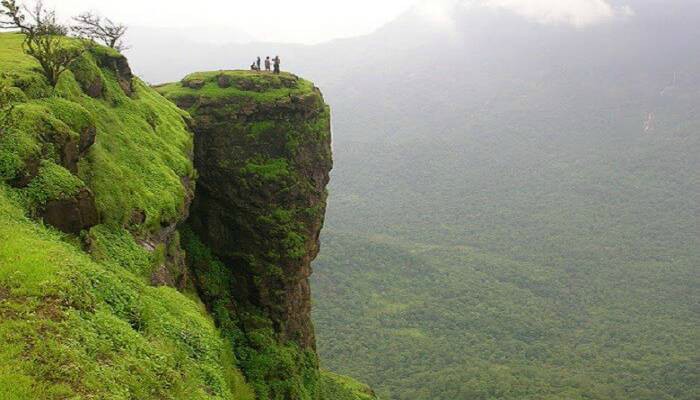 Feel one amidst Nature – Matheran – The Enchanting Hill Station

I would rather own a little and see the world than own the world and see a little – Alexander Sattler.

Being the cutest little hill-station of India, Matheran is nuzzled amidst the Sahyadri range on the Western Ghats. Matheran is a snug–tiny hill station which naturally stands at an elevation of 2600 feet above the sea level and is just 100 kilometers away from Mumbai and thus turning out to be the perfect weekend merriment. The name of the place is literally translated into “overhead forest” and is the smallest hill station in all of India. But it is very popular for the tourists who seek a short trip amid the picturesque view and tranquility.

It is the one and only place which takes you back to the olden-golden periods where it is incorporated with the red-soiled roads, automobile-free pathways and superabundant greeny hills around. A serene place as cool as a cucumber filled with the fresh air, which is the essential reason behind the tourist thronging Matheran of Mumbai.

Asia’s only hill station which does not allow any vehicles, Matheran is believed to be one of the bewitching smallest hill stations. Unlike other hill stations, Matheran is popularly known for its viewpoints. It has been inhabited with 36 viewpoints from where you can enjoy the spectacularly luring views of the Sahyadri mountain range.

The most popular of the views are Echo Point, Alexander Louisa Point, Panorama Point, and Porcupine Point. Almost the viewpoints have easy trekking trails and also proffer the eye-feasting views of the beguiling mountains, the stunning sunrise, sunset, and the whole stupendous surroundings. Some of the places to visit in Matheran are as follows.

CHARLOTTE LAKE: Otherwise known as Sharlott lake, the lake is one of the most popular attractions of Matheran. Being an offbeat hill station in Maharashtra, Charlottle is truly a fascinating spot itself. It is the primary source of fresh drinking water for the population of Matheran and is the must-visit spot in Matheran to indulge in the tranquil beauty of Lake Charlotte.

ECHO POINT: This is said to be one of the popular spots in the hill station, Echo Point. As per its name, this photogenic point is famous for the reverberations and echoes it generates. Additionally, the place is freaking cool with its foggy appearance which is an exhilarating one.

MONKEY POINT: Yet another lush green spot in Matheran, Monkey Point. According to its name, the place is inhabited by monkeys and also has abundant varieties of flora and fauna. It also paves the way to get knowledge about the local weather and vegetation. You could squint into the plunging valleys of the Western Ghats which would never be described in words as it would never do justification at all.

PORCUPINE POINT: How about the cinematic feel of nature filled the dark place? Located near the market, the Porcupine point offers great views like other points. The fort names Prabalgad is located merely close to this point. It definitely provides the literal feeling of you being there in the place you have seen in your dream or in the movies.

PANORAMA POINT: The scenic point offers 360-degree panoramic views of the Western Ghats and the grass-covered plains dotted with villages far below. It is less crowded than other viewpoints and you can also involve in trekking for about 2 kilometers on the rocky path of the point. This is the quaint essential place for the photographers and adventure seekers as it proffers staggering sunset and sunrise views and other natural feasts.

Soak your chaotic soul in the pool of natural-feast at Matheran!

5 Damn Great Healthy Reasons You Must Have SEX Every Night