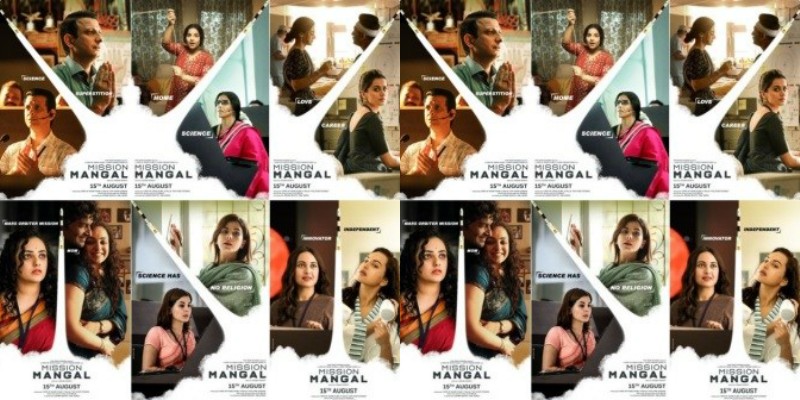 The makers of film has kick-started a new promotional campaign where they are introducing individual characters from the film.  Mission Mangal is directed by Jagan Shakti and jointly produced by Akshay Kumar, R. Balki, Aruna Bhatia, and Anil Naidu.

Actress Taapsee Pannu plays the role of Kritika Aggarwal, an ISRO scientist, who is passionate. She captioned the poster, “Kritika Aggarwal – A passionate Comms Specialist who loves her job. Catch this simple, loving woman in the new #MissionMangal Trailer today”

Veteran Vidya Balan shared, “Presenting to you Tara Shinde – A scientist whose home science game is unparalleled. Watch the new #MissionMangal Trailer today to know how”

South India actress Nithya Menen wrote, “Presenting to you Varsha Gowda – The woman behind the name M.O.M: Mars Orbiter Mission. Find out how in the new trailer of #MissionMangal today”

The film is loosely based on the story of scientists at Indian Space Research Organisation who contributed to the Mars Orbiter Mission, which marked India’s first interplanetary expedition.