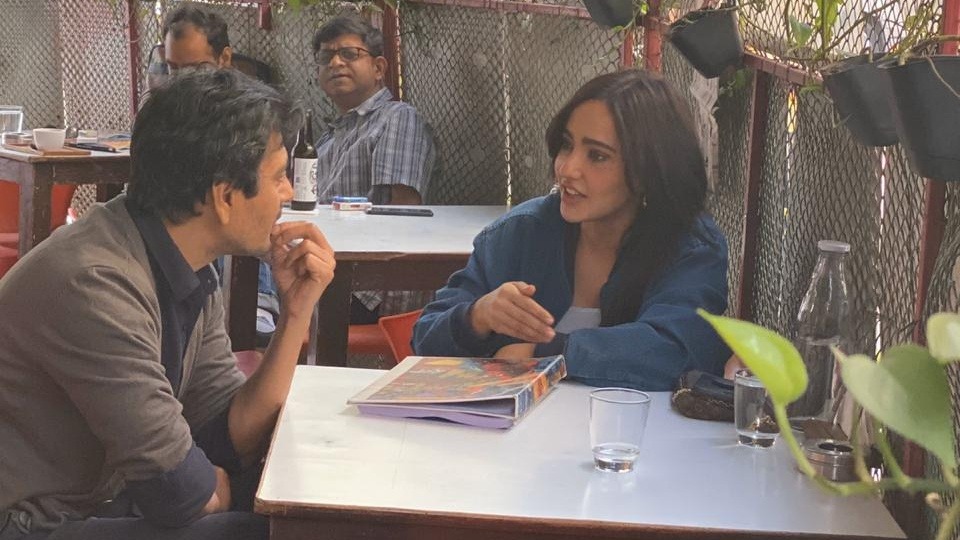 Actor Nawazuddin Siddiqui and Neha Sharma to collaborate with each other for the first time in filmmaker Kushan Nandy’s upcoming film titled ‘Jogira Sara Ra Ra’.

On Monday, film trade analyst Taran Adarsh took to Instagram to share the news, he wrote, “ANNOUNCEMENT… #NawazuddinSiddiqui and #NehaSharma to star in a rom-com… The film – titled #JogiraSaraRaRa – will be directed by Kushan Nandy… Produced by Naeem A Siddiqui… Kiran Shyam Shroff is a Creative Producer… Starts Feb 2021 in #Lucknow, #Benaras, and #Mumbai.”

Along with the announcement, Taran Adarsh shared two pictures from film cast members. In the first picture, Kushan Nandy can be seen discussing the film’s script with ‘Jogira Sara Ra Ra’ lead actor Nawazuddin Siddiqui. And in the second picture, Nawazuddin can be seen chatting with his co-star Neha Sharma.

‘Jogira Sara Ra Ra’ will be produced by Naeem A Siddiqui. Film’s shooting will start from February 2021 and it will be shot in Lucknow, Varanasi, and Mumbai.

Nawazuddin Siddiqui and Kushan Nandy have earlier worked with each other in ‘Babumoshai Bandookbaaz’ which also featured Bidita Bag.

He next will be seen in ‘Bole Chudiyan’ along with Tamannaah Bhatia.

Whereas, Neha Sharma last seen onscreen in ‘Tanhaji: The Unsung Warrior’. She next will be seen onscreen in Bejoy Nambiar’s ‘Taish’ along with Harshvardhan Rane, Pulkit Samrat, and Kriti Kharbanda.