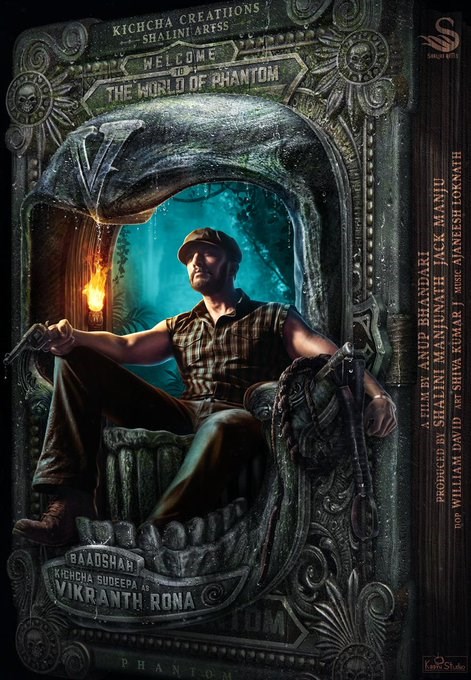 Kiccha Sudeepa plays the role of Vikranth Rona in ‘Phantom’. The look poster has Sudeep in a dark and intriguing setup, seated on a throne with a revolver gun in his hand. He is seen sporting a unique avatar including a flat golf cap and checked shirt, denim and heavy boots.

‘Phantom’ is directed by Anup Bhandari. Shraddha Srinath plays the lead female lead in the film and Anup’s younger brother, Nirup Bhandari, is also expected to play a major role in the movie.

The Kannada actor had revealed his return to ‘Phantom’ sets a few days ago with a social media post. He informed that he along with the team is back to work following safety guidelines and precautions stated by the government.

He shared on Twitter images of a puja ceremony held in Annapoorna studios of Hyderabad where all the crew members were seen wearing face masks.

Next, Sudeep will be seen in the sequel to ‘Kotigobba 2’ (2016). The action film, ‘Kotigobba 3’ will be directed by Shiva Karthik.