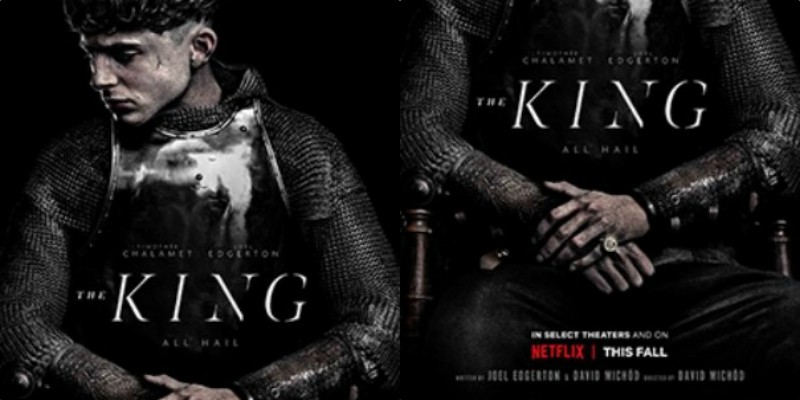 Netflix is set to release “The King” this fall and its first official trailer is out, which is gritty and intense.

The King is an upcoming film adaptation of several plays from Shakespeare’s Henriad, directed by David Michôd, from a screenplay by Michôd and Joel Edgerton. It stars Timothée Chalamet in the lead role.

The King follows Henry V, who is thrust into political power after his father’s death. The film centres on the newly-crowned Henry as he navigates the tension and political turmoil that comes with inheriting the throne.

Joel Edgerton is set to appear in the movie as Sir John Falstaff, while Robert Pattinson is playing Louis, the Dauphin of Viennois, Ben Mendelsohn as King Henry IV, Sean Harris as Michael Williams, Lily-Rose Depp as Catherine of Valois, and Thomasin McKenzie as Philippa of England.

“The King” is set to world premiere at the upcoming Venice Film Festival in an out-of-competition slot. The project is one of several Netflix-backed projects debuting at the event. It is scheduled to be released on 11 October 2019, before digital streaming on 1 November 2019, by Netflix.