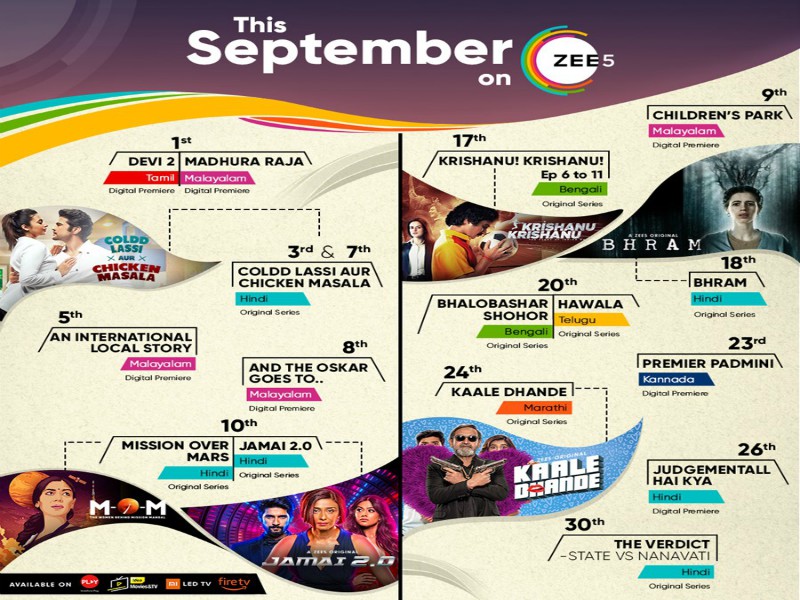 ZEE5, India’s fastest growing OTT platform has an exciting September planned for viewers. From Original shows to blockbuster movies across languages, there is something for everyone.

The month kick-starts with the World Digital Premiere of Prabhudeva and Tamannaah’s popular Tamil film, Devi 2!

The month will end on a high note marking the digital premiere of the much talked about Judgementall Hai Kya starring Rajkummar Rao and Kangana Ranaut on 26 th September and an original series,