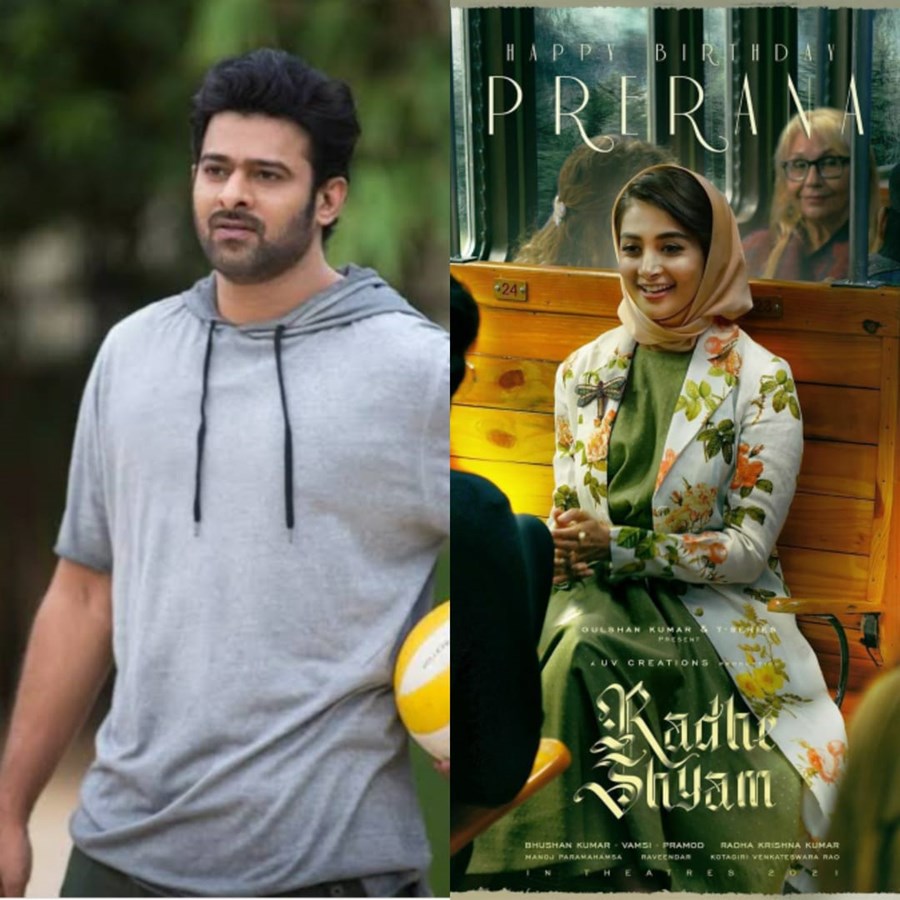 As actor Pooja Hegde turns 30 today. Tollywood actor Prabhas took to his social media handle and showered his wishes on her. Calling her with the character name Prerana from the film ‘Radhe Shyam’, Prabhas wished her a very happy birthday. Along with it he also shared the Pooja’s look from the film with the title written in five different languages.

Prabhas is best known for his titular role in the Baahubali series of films, which redefined box office history. Prabhas’ 2019 film Saaho, made in Telugu, also released in Hindi, marking his Bollywood debut of sorts but failed to make a mark at the box office. Pooja Hegde was last seen in Telugu film Ala Vaikunthapurramuloo. Housefull 4 was her last Bollywood film.

Radhe Shyam is an upcoming romantic-historical drama film written and directed by Radha Krishna Kumar with Prabhas Uppalapati and Pooja Hegde in the lead roles. The film is presented by Krishnam Raju under Gopi Krishna Movies and produced by UV Creations and T-Series.

‘Radhe Shyam’ will release in Telugu, Hindi, Tamil, and Malayalam. The film will be simultaneously shot in Telugu and Hindi and will be dubbed in Tamil and Malayalam.

While the makers haven’t announced a release date yet.