R Madhavan’s ‘Rocketry: The Nambi Effect’ trailer to release on this date 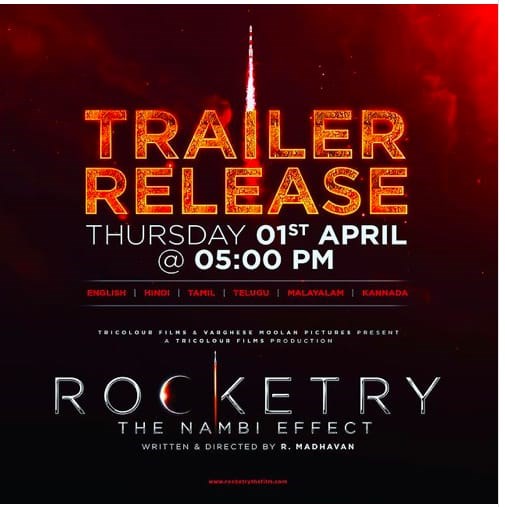 We have all priased his acting skills and now R Madhavan is ready to don the hat of a director. The actor is bringing the life of Nambi Narayanan , a former scientist in his first directorial venture. The film trailer is going to release tomorrow 1 April at 5 pm.

The actor who was tested positive for Coronavirus few days back shared the news with his fans on his social media account and people are too excited to get into the world of Nambi Narayanan. The release date of the film has not been disclosed but the trailer release has left the audience super excited.

The film stars Madhavan in lead role. It is based on the life of Nambi Narayanan, a former scientist and aerospace engineer of Indian Space Research Organisation who was accused of espionage. The film is written, directed and produced by the actor himself.

The film will be released in 6 languages which includes English, Hindi, Tamil, Telugu, Malayalam and Kannada. The teaser of the film was released in 2018 and Madhavan’s first look from the film impressed the audience then.

The actor will be seen in an all new avatar in the film which fosuces on Narayanan’s days as a graduate student at Princeton University before exploring his work as a scientist and then getting caught in a spy scandal.

The trailer of the film will release tomorrow 1 April at 5 pm.

‘Shooting Aaj Sajeya was like when I will get married it will be similar to this’, Alaya F