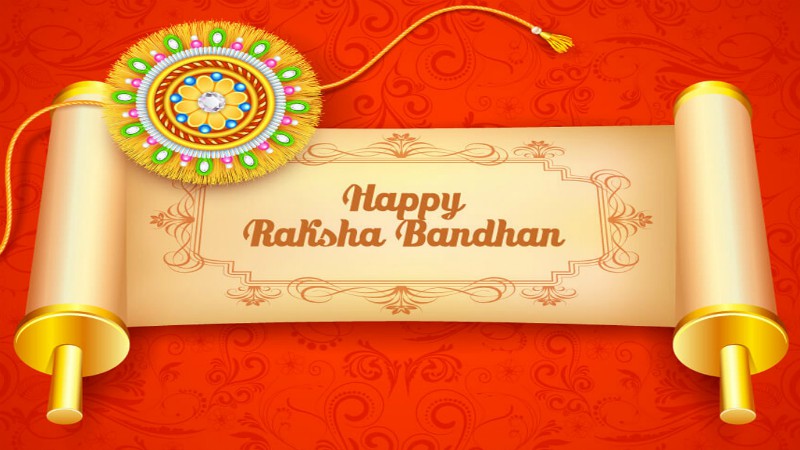 Brothers and Sisters! Have a blissful Raksha Bandhan. Endless Bond!

An everlasting bond that never fades away! The endless bond of brother and sister can never be matched to any other human bonds. The relationship between siblings is something unique though it is unexpressed. The distance between the siblings can only disclose the real love and bond of the siblings. So, when it comes to India, the importance of human relationships is taken to be serious. There is a lovely festival to celebrate the bond of brother and sister in India.

What is Raksha Bandhan? As mentioned before, Raksha Bandhan is the celebration of the true bond between the brothers and sisters in the northern part of India. It is said that both the Hindus in northern India and Buddhists in Nepal celebrate it as grand as they can. On this special occasion, Sisters will tie a colorful thread or Rakhi on their brothers’, on their wrists and places a dot of vermilion paste on their foreheads and also pray for their brothers’ to live long enough with good health.

The brothers, in turn, will give their sisters few gifts which are usually a piece of jewelry or clothing or maybe some amount of money and also vows to protect them throughout their lives. What if the families have only girls and only boys? In this case, friends or cousins will act as a brother or sister on a special occasion. And in Nepal, the Brahmins put the golden threads around everyone’s wrists while they are reciting a mantra or sacred words to offer the thread the power to protect its holder.

The Rakhi band is made up of few colorful pieces of cotton or silk threads or maybe from silver and gold threads and thus it symbolizes the protection against the evil during the upcoming years. Back in history, The Mohammedan Emperor at Delhi named Sultan Babar received a portion of silken bracelet from the Rajputana princess who was in danger and he immediately rushed to help her. And that’s how the relationship between brother and sister should be. It is customary for every Indian man to help their sisters and protect them from danger.

On the day of Raksha Bandhan, the special bond of brothers and sisters will be reaffirmed and they will rebuild their relationship as strong as ever. The eternal relationship can never be expressed in words and it can only be felt.

Have a delightful Raksha Bandhan!